Tom Swift and His Motor-Boat, Or, the Rivals of Lake Carlopa 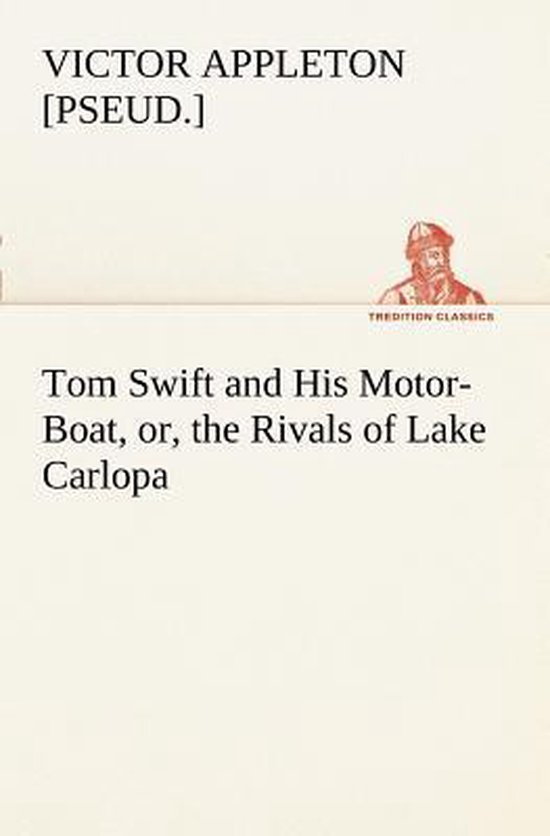 "Where are you going, Tom?" asked Mr. Barton Swift of his son as the young man was slowly pushing his motor-cycle out of the yard toward the country road. "You look as though you had some object in view." "So I have, dad. I'm going over to Lanton." "To Lanton? What for?" "I want to have a look at that motor-boat." "Which boat is that, Tom? I don't recall your speaking about a boat over at Lanton. What do you want to look at it for?" "It's the motor-boat those fellows had who tried to get away with your turbine model invention, dad. The one they used at the old General Harkness mansion, in the woods near the lake, and the same boat that fellow used when he got away from me the day I was chasing him here." "Oh, yes, I remember now. But what is the boat doing over at Lanton?" "That's where it belongs. It's the property of Mr. Bently Hastings. The thieves stole it from him, and when they ran away from the old mansion, the time Mr. Damon and I raided the place, they left the boat on the lake. I turned it over to the county authorities, and they found out it belonged to Mr. Hastings. He has it back now, but I understand it's somewhat damaged, and he wants to get rid of it. He's going to sell it at auction to-day, and I thought I'd go over and take a look at it. You see—"
Toon meer Toon minder