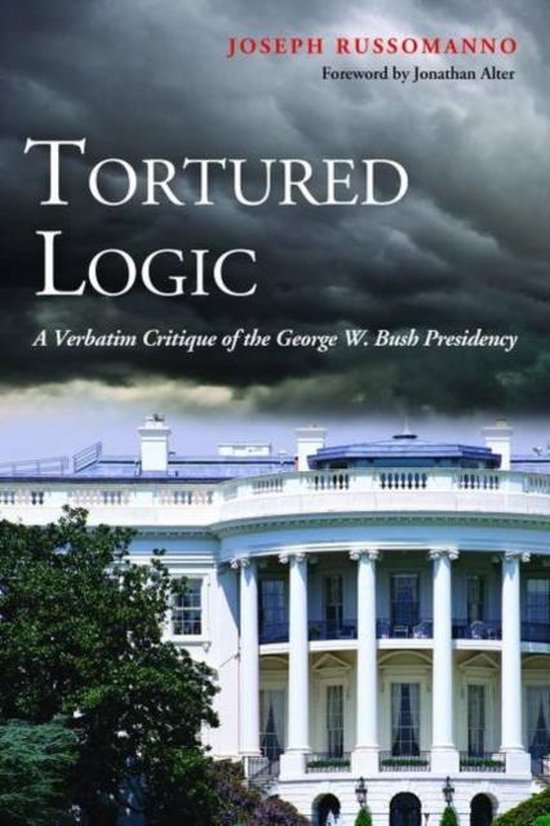 It is hard to imagine a more Orwellian presidency than George W. Bush's, according to Joseph Russomanno, who demonstrates how a form of Newspeak became thoroughly entrenched in the historical record. Bush and his team, especially Vice President Dick Cheney, neither respected the Constitution nor the separation of powers. Instead, the Bush administration deliberately and explicitly violated the law in ways that will continue to be felt for generations. Tortured Logic shows us, in the words of the participants themselves, how this egregious abuse of power came about. Presenting quotations by Bush, Cheney, and others-including our leading journalists-in a narrative sequence in the book's first half, Russomanno allows the story of Bush's imperial presidency to unfold . In the second half, he focuses on the war presidency, including the way the Iraq War was sold to the American people and the methods used to legalize torture, or at least to protect its proponents from prosecution. By having the principal actors speak for themselves, Tortured Logic provides a unique critique of the Bush administration.
Toon meer Toon minder