Toward a New Film Aesthetic 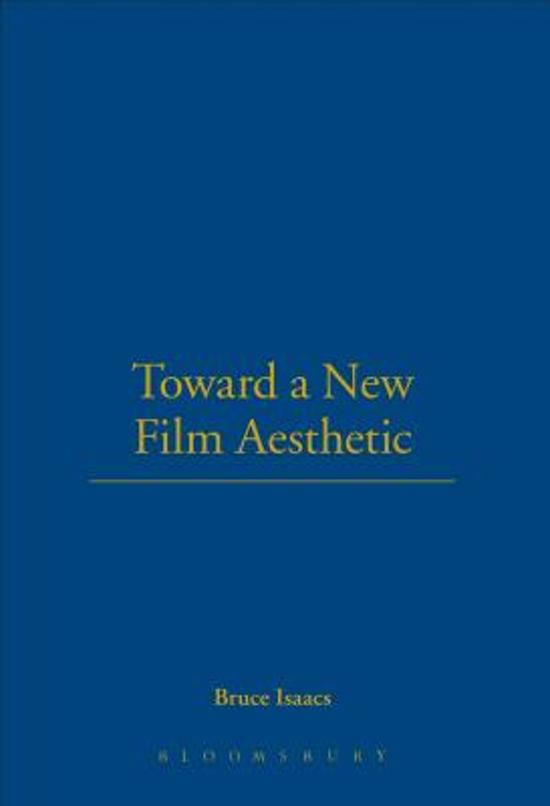 Film and theory have always gone hand in hand. In many ways, the professional academic study of cinema grew out of the revolutionary surges in literary and cultural theory in Europe. Since the 1970s, film theory has predominantly been a lens through which to wage philosophical and cultural war (in increasingly abstract terms), and cinema was in the right place at the right time. Toward a New Film Aesthetic argues that such an approach to film studies ultimately debilitates the study of film.


How does film theory connect with an audience that experiences film far beyond the confines of the academy? How can film scholars remain relevant to film culture? These are the fundamental question that film scholars seem to have neglected. Film theory, simply put, has detached itself from meaningful discussions of cinema undertaken with mainstream audiences.


Toward a New Film Aesthetic is a radical attempt to connect the study of film with the actual viewing and consumption practices of mainstream cinematic culture. Isaacs argues that theory has rendered the majority of approaches to film insular, self-reflective, obtuse, and-in its worst incarnation-elitist. He redefines cinema aesthetics in terms of the obsessive consumption of cinematic texts that is the hallmark of contemporary film viewing.
Toon meer Toon minder

Unfortunately, despite his avowed intention to make film theory meaningful for contemporary viewers ( Film theory should be for people other than theorists ), Isaacs deploys abstruse jargon, problematic arguments, and frequent allusions to theorists such as Baudrillard, Lyotard, Eco, et. Al., thus putting the book out of reach of undergraduates. -J.C. Tibbetts, CHOICE, December 2008--Sanford Lakoff