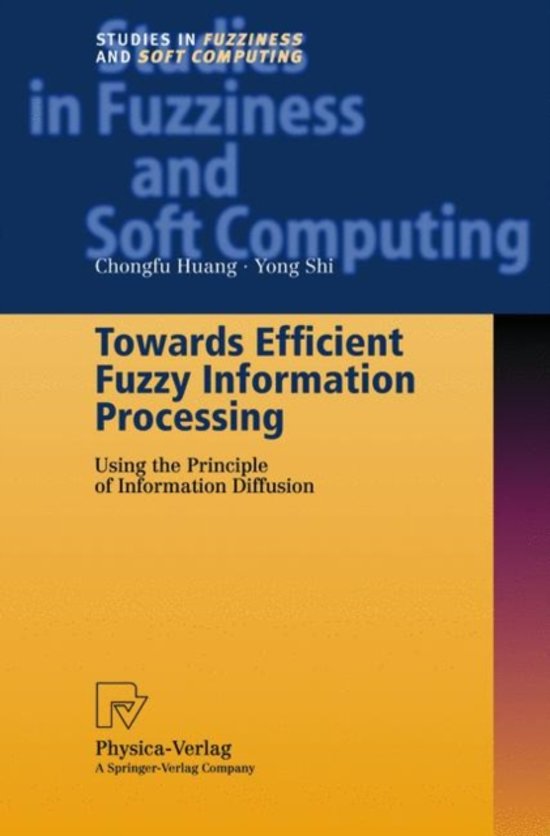 When we learn from books or daily experience, we make associations and draw inferences on the basis of information that is insufficient for under- standing. One example of insufficient information may be a small sample derived from observing experiments. With this perspective, the need for de- veloping a better understanding of the behavior of a small sample presents a problem that is far beyond purely academic importance. During the past 15 years considerable progress has been achieved in the study of this issue in China. One distinguished result is the principle of in- formation diffusion. According to this principle, it is possible to partly fill gaps caused by incomplete information by changing crisp observations into fuzzy sets so that one can improve the recognition of relationships between input and output. The principle of information diffusion has been proven suc- cessful for the estimation of a probability density function. Many successful applications reflect the advantages of this new approach. It also supports an argument that fuzzy set theory can be used not only in soft science where some subjective adjustment is necessary, but also in hard science where all data are recorded.
Toon meer Toon minder