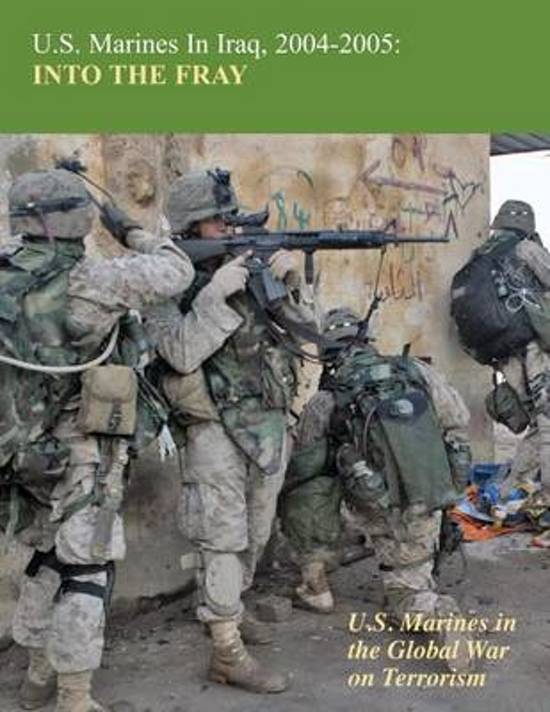 The following account represents one of the earliest efforts to chronicle Marine Corps operations in Iraq between 2004 and 2005. This was a significant period in the history of Operation Iraqi Freedom, seeing two battles fought over the city of Fallujah, the eruption of the Sadr revolt in an-Najaf, continuous counterinsurgency operations throughout Iraq, and initial efforts on the part of Marines to cultivate and forge alliances with the tribes of Iraq’s al-Anbar Province. Almost as soon as Saddam Hussein’s regime collapsed in 2003, it became apparent to U.S. commanders that a second deployment of Marines to Iraq would be necessary to conduct security and stability operations. This monograph recounts the first two years of this second deployment during which Marines were responsible for Iraq’s vast al-Anbar Province. This study focuses on I Marine Expeditionary Force’s deployment in 2004 and II Marine Expeditionary Force’s deployment of 2005, paying close attention to planning, counterinsurgency operations, and efforts to build civil-military relations with the Iraqi population. Particular attention is also paid to the first and second battles of Fallujah and the battle of an-Najaf. This is a story of Marines, missions, and machines. The deployment of the I and II Marine Expeditionary Forces in that sequence to Iraq during 2004–05 contains a surprising number of turns of events. These were largely successes, but the situations did not always appear so favorable at the time and often they required tenacious efforts, skills, courage, and stamina of Marines and their Navy and Army comrades to reach the desired outcome. The combat record of Marine Corps forces in Iraq brings great credit upon the Corps and the armed forces of the United States of America. But, as will be seen in the following pages, the combat record lies interspersed with a seemingly endless range of tasks undertaken by the battalions and the squadrons the Corps operated as it engaged in security and stabilization operations in al-Anbar and the surrounding provinces.
Toon meer Toon minder