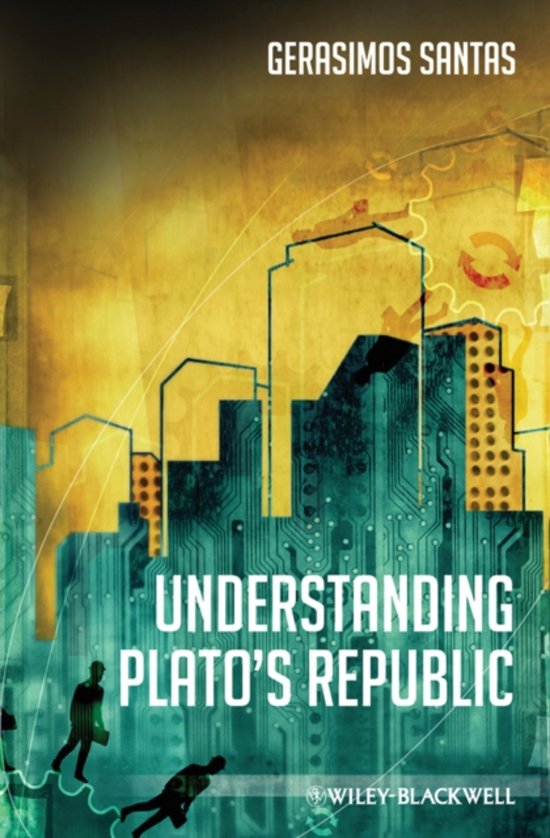 "This carefully argued and clearly written critical study of the Republic, the fruit of a lifetime's engagement with Plato, is an ideal text for a first-time reader of the dialogue. Santas not only provides lucid explanations of the many philosophical ideas espoused by the character Socrates in his interchange with Plato's brothers, but joins in the conversation himself as a voice from modern times, raising the sorts of questions that would be posed to Socrates by such philosophers as John Stuart Mill and John Rawls." David Keyt, University of Washington

"A splendid synoptic presentation, by an outstanding analytical philosopher of all the arguments involved in the Republic's rival theories of individual and social justice. The book offers much ingenious and persuasive exegetical argument, and a plethora of political wisdom. An exhilarating read. The book is perfectly pitched for majors in the humanities and social sciences." Terrence M. Penner, University of Wisconsin-Madison

Plato is one of the most influential authors in the history of ideas and his best known work, the Republic---written in his familiar form of dialogue - is widely regarded as a cornerstone of Western philosophy. Understanding Plato's Republic provides readers with an accessible introduction to the concepts of justice that inform Plato's masterwork, carefully explicating his main argument that we would be better off leading just lives rather than unjust ones. The book examines the basic ideas Plato uses to build up his theory of justice: his theories of forms, function, and virtue, his psychology; his analogy between just society and a just person; and the knowledge of good that Plato deemed necessary for governing well. Also discussed are consequences of Plato's theory of justice, such as the equality of women and his criticisms of democracy. The book concludes with an insightful discussion of Plato's passionate defense of his ideals of a good and just society and a just person.
Toon meer Toon minder

Santas's long career in philosophy and in the classroom has resulted in a wonderful new reading of Plato's Republic. The analysis is close, fresh, and revealing, and at the same time remarkably concise ... Summing Up: Recommended. Lower-division undergraduates through faculty. (Choice, 1July 2011)