Union Mergers in Hard Times The View from Five Countries 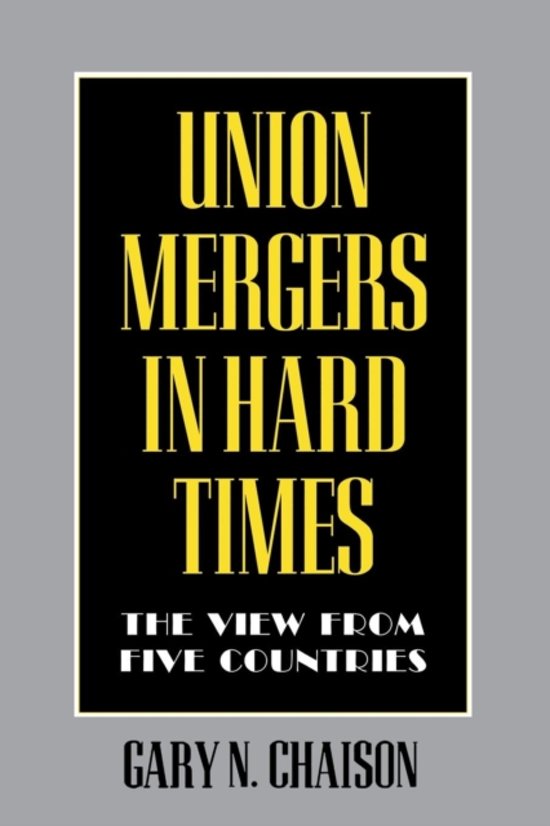 The past fifteen years have been difficult for the labor movements in industrial countries. Gary N. Chaison addresses questions implicit in the decline of unions in the United States, Canada, Great Britain, Australia, and New Zealand: How and why do labor unions merge under pressure? What role do mergers play in the unions' strategies to deal with membership losses, management opposition, and hostile governments? Are there distinctive national profiles of union mergers? Chaison begins by describing the dynamics of the union merger process as large unions combine with each other in amalgamations, as small unions are absorbed into larger ones, and as local unions affiliate into nationals. He discusses the reasons for mergers, the barriers to consolidation, and the problems of integration which may result. The five chapters that follow are arranged in order of increasing intensity in merger activity, ranging from the United States, where interest in mergers is growing, to New Zealand, where changing legislation has catalyzed an enormous wave of mergers. For each of the five countries considered, Chaison characterizes the industrial relations climate and merger record since 1980, explains landmark mergers, identifies the antecedents, and assesses the chances that a sudden flood of mergers will occur. The final chapter compares the national profiles, extrapolating the significant differences and common threads. Chaison concludes that while mergers can play a critical role in revitalizing labor movements and building the dominant unions of the future, they are not necessarily solving the fundamental economic and political problems that plague unions.
Toon meer Toon minder

Chaison's book is a valuable piece of work. It carefully documents merger activity in the five countries (United States, Canada, Great Britain, Australia and New Zealand), raising a number of important questions about the future of unions. * Industrial Relations Journal *