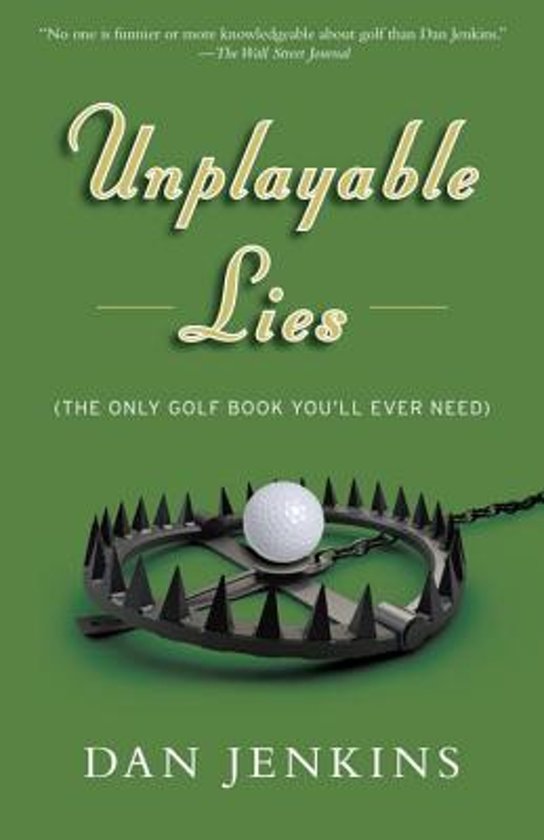 In Unplayable Lies, Dan Jenkins takes us on a tour of the links as only he can do it. Here, Dan delves into the greatest rounds of golf he's ever seen, the funniest things said on a golf course, the rivalries on tour and in the press box, the game's most magical moments—and its most absurd. Filled with well-known characters like Tiger Woods, to others like Titanic Thompson—gambler, golf hustler, accused murderer, legendary storyteller—Unplayable Lies is an ode to the game of golf and the people who play it. But it is Dan Jenkins, so nothing—even the game itself—can escape his wrath, his critical eye, or his acerbic pen. This is Dan Jenkins at his best, writing about the sport he loves the most.