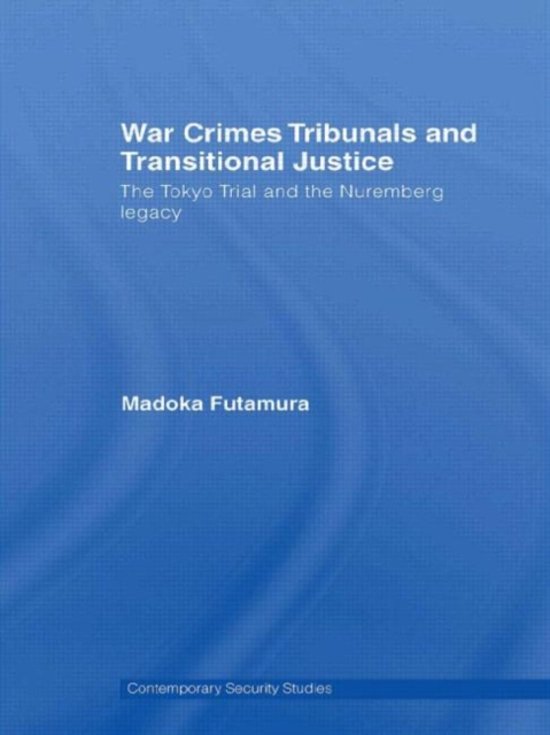 Advocates of the Nuremberg legacy' emphasize the positive impact of the individualization of responsibility and the establishment of an historical record through judicial procedures for war crimes'. This legacy has been cited in the context of the establishment and operation of the UN ad hoc International Criminal Tribunals in the 1990s, as well as for the International Criminal Court. The problem with this legacy, however, is that it is based solely on the experience of West Germany. Furthermore, the effect of the procedure on post-conflict society has not been empirically examined. This book does this by analyzing the Tokyo Trial, the other International Military Tribunal established after the Second World War, and its impact on post-war Japan. Madoka Futamura examines the short- and long-term impact of the International Military Tribunal for the Far East (the Tokyo Trial), on post-war Japan, in order to improve the understanding of and strategy for ongoing international war crimes tribunals. War Crimes Tribunals and Transitional Justice will be of much interest to students of war crimes, international law, transitional justice and international relations in general.
Toon meer Toon minder