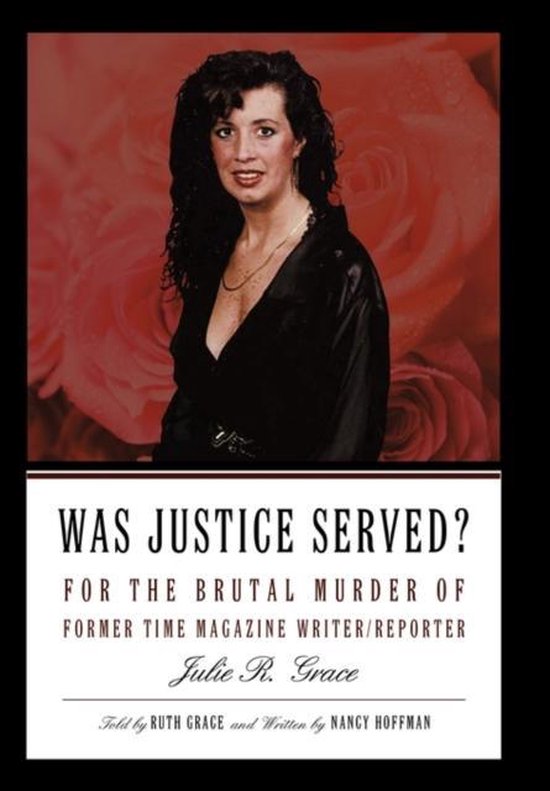 During her career, Julie Grace worked for several political icons, including Paul Simon, Alan Dixon, Joseph Kennedy, Walter Mondale, and Jimmy Carter. In 1991, she accepted a job with TIME magazine, where she specialized in social issues and was touted as one of TIMEs best human drama reporters.


Although Julie appeared to have a solid career, her world began to crumble when the stresses of her job became more than she could handle. In order to cope, she turned to alcohol. Eventually her addiction cost her the job. It was then that she sought help in an alcohol rehabilitation program. There, she met George Thompson, and they soon developed an extremely close relationship.


Unfortunately, the relationship was rocky and George physically abused Julie on numerous occasions. Tragically, on May 20, 2003, the abuse ended when Julie died three days after one of their abusive encounters. George initially confessed to her murder but when his case went to trial, he was convicted of involuntary manslaughter rather than first degree homicide.


Ruth Grace, Julies mother, was shocked. She blamed the Illinois judicial system for miscarriage of justice. Now, with the help of author Nancy Hoff man, she examines her daughters case in detail. Read the witnesses testimonies and judge for yourselfWas Justice Served?