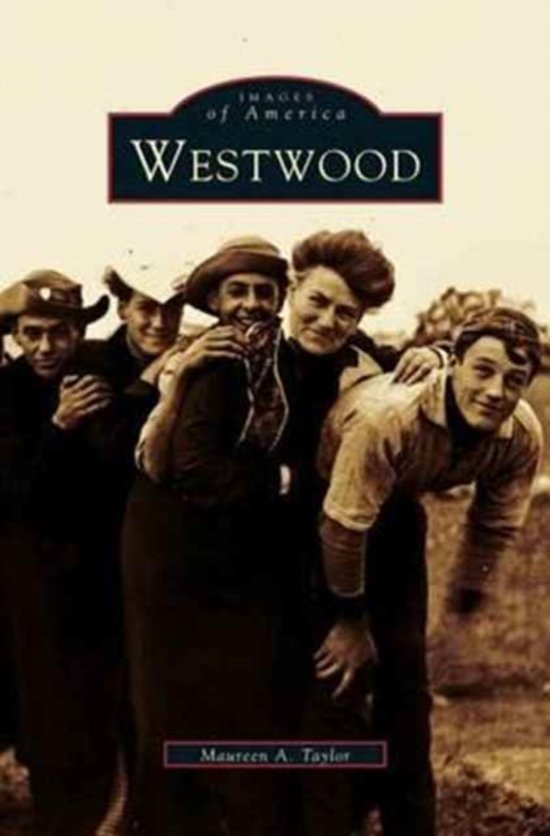 Westwood began as West Dedham, a small collection of farms owned by Dedham residents. At the time of incorporation in 1897, the population was only twelve hundred people. Westwood grew rapidly in the nineteenth and early twentieth centuries, as Bostonians from Beacon Hill built large houses and developers purchased tracts of land to build homes on small lots. Before the highways and railroads, stagecoaches and trolleys traveled the town's two post roads-High and Washington Streets. At one time, Westwood even had an airport. Today, the community has more than thirteen thousand citizens.
In Westwood, rare photographs from the Westwood Historical Society, the Westwood Public Library, and private collections offer glimpses into the town's past. The images include sawmills, icehouses, metal foundries, and many small businesses. Within these pages are photographs of Fellowship Farm, a socialist experiment under Rev. George E. Littlefield; the Fisher School, now home of the Westwood Historical Society; Betsey Baker's bonnet-making industry; Buckmaster Pond; the Willow Farm and Windsor Road neighborhoods; schools and churches; and landmarks lost to demolition and fire. Westwood illustrates the transformation of the town from a farming community to a modern suburb of Boston.
Toon meer Toon minder