What Next? Britain's Future in Europe 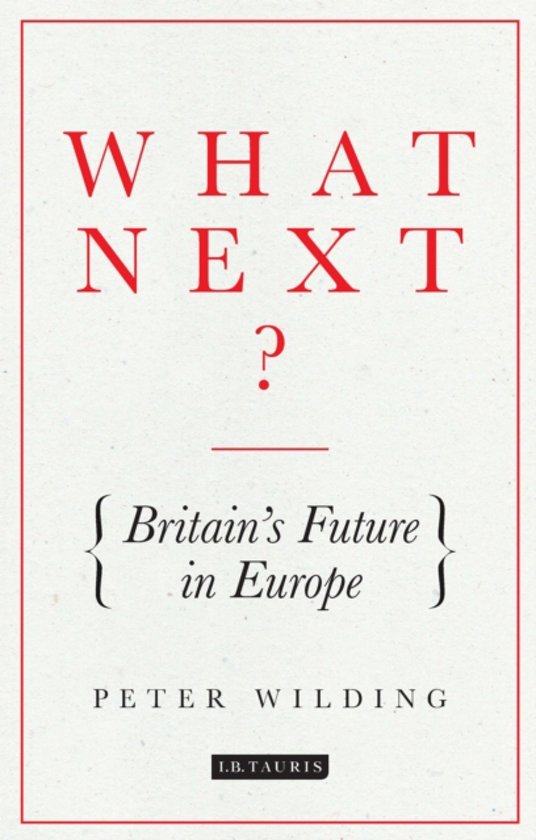 Peter Wilding offers an arresting answer, plotting out a new course for Britain's troubled relationship with Europe. He channels the pride Britain draws from its heritage through the prejudice Britain has historically had against Europe, and proposes a new popular-based platform for British influence in Europe: 'smart power'. Wilding identifies how British leaders from Pitt to Cameron have attempted to use exactly this 'smart power' in their approach to Europe. He tells the story of their shared experiences in forging Churchill's strategy - a long-term plan which put Britain at the heart of Europe and the Commonwealth and alongside the United States - and applies it to Britain today. Outlining a new approach for Britain's leaders, Wilding proposes a new, positive vision to position Britain in a fast-changing and fractured world. His book will provide valuable new perspectives on the debate about what Britain does next after the EU referendum.
Toon meer Toon minder

'Peter Wilding thinks positively. Written from a ring-side-seat, his account of what's gone wrong, and how to put it right, makes timely and compelling reading.' - John (Lord) Kerr, former Ambassador to the European Union, Ambassador to the United States, Permanent Under-Secretary at the Foreign Office and Head of the Diplomatic Service, 'Peter Wilding's What Next? is a welcome overview of Britain's troubled and tumultuous relations with the rest of Europe, all the more welcome coming, as it does, just after a raucous and dispiriting referendum campaign. It reminds us that the essential part is to make a success of the follow-up on which Peter Wilding produces some thought-provoking ideas.' - David (Lord) Hannay, former Ambassador to the European Union, Ambassador to the United Nations and author of Britain's Quest for a Role: A Diplomatic Memoir from Europe to the UN, 'Peter Wilding's provocative take on Britain's complex relationship with the EU includes some profound historical analysis, especially on the European philosophies of Winston Churchill and Margaret Thatcher. He reminds us that both were, at least some of the time, passionately engaged Prime Ministers. Inspired by those two greats, Wilding sets out a patriotic and positive agenda for Britain to lead in Europe.' Charles Grant, Director of the Centre for European Reform
Toon meer Toon minder