What Would Google Do? Reverse-Engineering the Fastest Growing Company in the History of the World 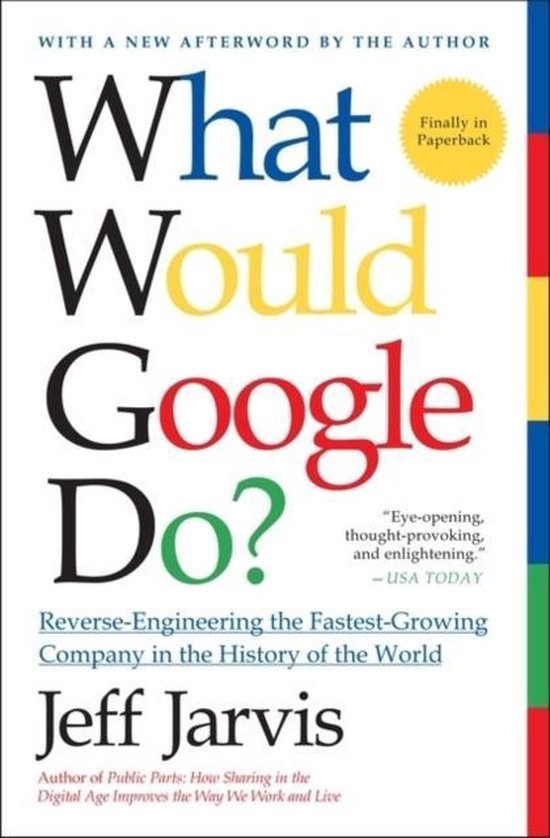 JEFF JARVIS, author of 'What Would Google Do?' blogs about media and news at Buzzmachine. He is associate professor and director of the interactive journalism program and the new business models for news project at the City University of New York's Graduate School of Journalism. He is consulting editor and a partner at Daylife, a news startup. He writes a new media column for The Guardian and is host of its Media Talk USA podcast. He consults for media companies.

Until 2005, he was president and creative director of Advance, the online arm of Advance Publications. Prior to that, Jarvis was creator and founding editor of Entertainment Weekly; Sunday editor and associate publisher of the New York Daily News; TV critic for TV Guide and People; a columnist on the San Francisco Examiner; assistant city editor and reporter for the Chicago Tribune; reporter for Chicago Today.

What's the question every business should be asking itself? According to Jeff Jarvis, it's What Would Google Do? If you're not thinking or acting like Google - the fastest-growing company in the history of the world - then you're not going to survive, let alone prosper, in the Internet age. To demonstrate how to emulate Google, Jarvis lays out his laws of what he calls the new Google century, including such insights as: Think Distributed, Become a Platform, Join the Post-Scarcity, Open-Source, Gift Economy, The Middleman Has Died, Your Worst Customers Are Your Best Friends and Your Best Customers Are Your Partners, Do What You Do Best and Link to the Rest, Get Out of the Way, and Make Mistakes Well and More. Jarvis applies these principles not just to emerging technologies and the Internet, but to other industries - telecommunications, airlines, television, government, healthcare, education, journalism, and yes, book publishing - showing ultimately what the world would look like if Google ran it. The result is an astonishing, mind-opening book that will change the way readers ask questions and solve problems.
Toon meer Toon minder