Who Votes Now? Demographics, Issues, Inequality, and Turnout in the United States 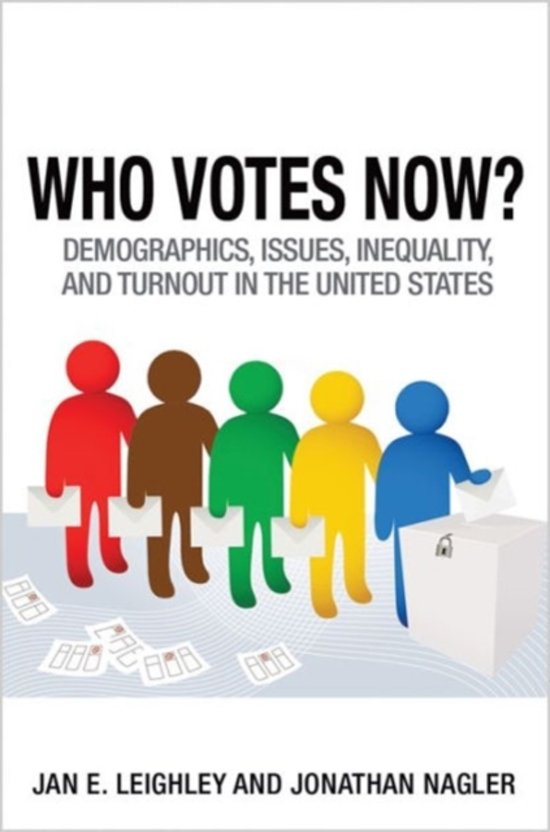 Who Votes Now? compares the demographic characteristics and political views of voters and nonvoters in American presidential elections since 1972 and examines how electoral reforms and the choices offered by candidates influence voter turnout. Drawing on a wealth of data from the U.S. Census Bureau's Current Population Survey and the American National Election Studies, Jan Leighley and Jonathan Nagler demonstrate that the rich have consistently voted more than the poor for the past four decades, and that voters are substantially more conservative in their economic views than nonvoters. They find that women are now more likely to vote than men, that the gap in voting rates between blacks and whites has largely disappeared, and that older Americans continue to vote more than younger Americans. Leighley and Nagler also show how electoral reforms such as Election Day voter registration and absentee voting have boosted voter turnout, and how turnout would also rise if parties offered more distinct choices. Providing the most systematic analysis available of modern voter turnout, Who Votes Now? reveals that persistent class bias in turnout has enduring political consequences, and that it really does matter who votes and who doesn't.
Toon meer Toon minder

Who Votes Now? provides a fresh and valuable look at questions basic to the functioning of a democratic society. --Dan Balz, Washington Post Who Votes Now? is a must-read for students of voting behaviour. --Steffen Zittlau, Political Studies Review