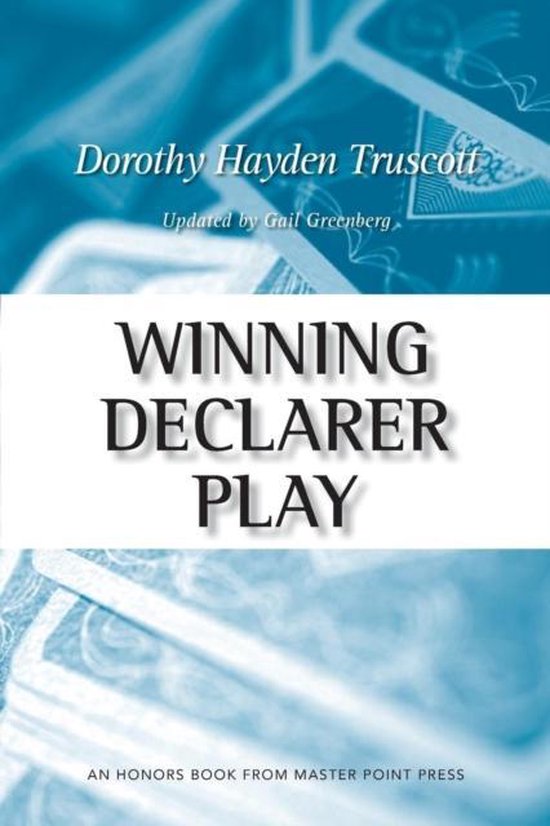 LEARN DECLARER PLAY FROM AN EXPERT This classic book, a bestseller for more than forty years, has been updated for this edition by Gail Greenberg, a frequent partner of Dorothy Truscott, and like her a World Champion. Dorothy had a unique ability to make complex bridge concepts simple to understand, and everything here, from the basics to the most complicated squeeze or endplay, is described in an interesting and easy-to-follow way. In addition to the technical material, the reader will also learn when and how to use deceptive tactics to give the opponents a chance to make mistakes. Each chapter has many sample hands to test and challenge the reader. Dorothy Hayden Truscott (1925-2006) was the top-ranked woman bridge player for many years. She won four World titles and twenty-eight National titles including the Life Master Pairs and the Blue Ribbon Pairs. She also came in second in the Bermuda Bowl and placed third in the World Open Pairs, the highest finish ever by a woman. Dorothy was a World Bridge Federation Grand Master, and was elected to the Bridge Hall of Fame in 1998. She is the author of the classic bridge book Bid Better, Play Better, and she co-authored several books with her husband Alan Truscott. Among her contributions to bridge theory are splinter bids and DOPI.
Toon meer Toon minder