With Balls and Chutzpah A Story of Survival 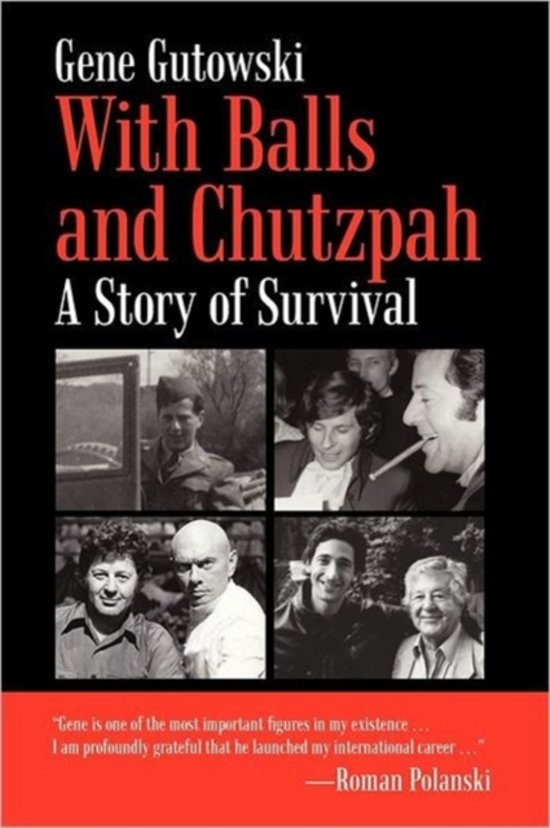 Gene Gutowski's name is associated with some of the great films of the twentieth century: the Oscar-winning masterpiece The Pianist, Repulsion, Cul-de-sac, and Fearless Vampire Killers. Producer of many of Roman Polanski's classics, Gene Gutowski shares here his extraordinary memoirs: those of a Polish Jew, alone in occupied Warsaw after the deportation of his entire family. As a young man who, with the blind courage of one who has nothing to lose, took incredible risks, he narrowly escaped the many horrors of life in Nazi-occupied Poland.

In an extraordinary twist of destiny, and thanks to his prodigious resourcefulness, Gene Gutowski found himself in Germany in 1945, working as an American counter-espionage agent. After the war, he made his way to New York, where he worked as a fashion illustrator and TV producer, then on to London, where he became a successful producer and member of the jet set during the sixties. Finally, he achieved Hollywood consecration with the three Oscars won by The Pianist.

It is an extremely endearing personality that reveals itself here, modest about the difficulties overcome, honest about the successes and failures. Gene Gutowski's youth was a thumb of the nose to death and totalitarianism, and his journey is a formidable life lesson.
Toon meer Toon minder