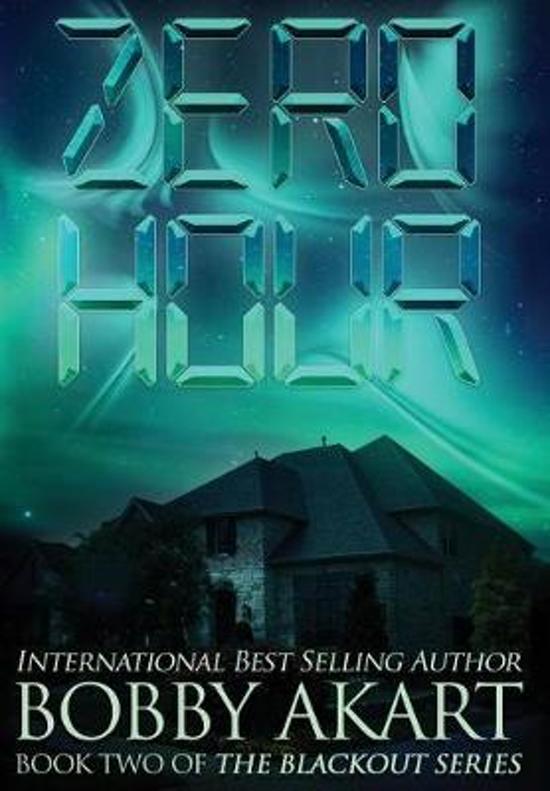 WOULD YOU HAVE THE MINDSET TO SURVIVE?to provide for, and defend the ones you love . . .at all costs . . .willing to confront . . .the depravity of man?This is a true story, it just hasn't happened yet.A new dystopian, post-apocalyptic fiction series from six-time best-selling author Bobby Akart (The Boston Brahmin series and the Prepping for Tomorrow series).The characters depicted in The Blackout Series are fictional. The events, however, are based upon fact.Book one of this new post-apocalyptic survival fiction series, 36 HOURS, provided the reader a glimpse into the rapid decline of society once word of the catastrophic solar flare racing towards Earth began to spread.Book two, ZERO HOUR, continues to follow the obstacles faced by Colton Ryman, his wife, Madison, and their teenage daughter, Alex. In 36 Hours, the Ryman family and the rest of the world was thrust into the darkness of a post-apocalyptic world. A catastrophic solar flare brought with it a blast of solar matter in the form of an EMP, leaving America in darkness.The Rymans weren't preppers and had no concept of what prepping entails. They applied common sense, logic, and a will to survive to their decision-making as they prepared for the post-apocalyptic world created by the EMP.The dangers they face are not from the solar flare itself, but from their fellow man. Who can they count on? Who is a threat? The words of Colton Ryman's grandfather repeated in his mind ...Never underestimate the depravity of man!Note: This book does not contain strong language. It is intended to entertain and inform audiences of all ages, including teen and young adults. Although some scenes depict the realistic threat our nation faces from a devastating solar flare, and the societal collapse which will result in the aftermath, it does not contain graphic scenes typical of other books in the post-apocalyptic genre.
Toon meer Toon minder