You will be astounded by the sheer evil, greed, lies and utter stupidity. Our governments are committing genocide and mass torture and people have come to accept chronic diseases as a fact of life while doctors have been castrated and people are being deceived.


Arthritis, osteoporosis and Alzheimer's could be reversed and possibly even cured but the medical industry would not be able to make money out of it. The American Food and Drug Administration, FDA, would charge about $20m to test a medicine. No one would spent that money on substances that they could not patent. I deal with natural substances that could not be patented, but, ''The chief business of the American people is business.'' Doctors in America are only allowed to prescribe FDA approved medications. All under the guise of protecting you. Governments are using subterfuge to fuel economies by making people sick and keeping them sick.


It might be possible to cure diabetes 1 almost instantaneously, but capsaicin has not been government approved for that purpose. If doctors injected capsaicin into the pancreas, the FDA could strip them of their medical licenses and throw them into jail. Capsaicin is found in chillies, but governments have blocked doctors from healing. That is why some diseases are considered to be ''incurable.'' The medical industry is all about money and is largely ineffective at healing. It appears to be illegal for doctors to cure anyone in America and elsewhere so I will empower you with this book to hopefully heal yourself, your family or friends of some diseases. With health and healing there can be no promises.


For cardiovascular diseases and cancers, governments and the medical industry are evil beyond belief. Those diseases are the two main killers in America. Read my book and find out why. Chronic diseases are logical. Health is up the creek without a paddle. So, A Call to Action.


It will be war, health vs diseases, good vs evil and the truth vs lies. It is a war that we have to win. Governments seem to regard diseases as sources of revenue. They have no regard for our health.


Regarding infectious diseases you get lies, more lies and evil. The medical industry is the biggest con in history. It is ''Crapus'' Maximus. A big crap. The medical system in America is apparently killing about 200 000 people a year while under FDA supervision. It is criminal.


People are living in pain, lacking mobility and dying prematurely while the revenue of the American medical industry was $3,4 trillion for 2016. We can not stand idle being while being inflicted with possibly fatal diseases.


Chapter by chapter I demolish governments, the medical industry, the food industry and an agricultural practice. But, you must get exercise and sunshine, otherwise no one could help you.


You might need a barf bag, but I hope that will not be for my jokes, but I give the jokes for free. You are buying a health book, not a joke book. 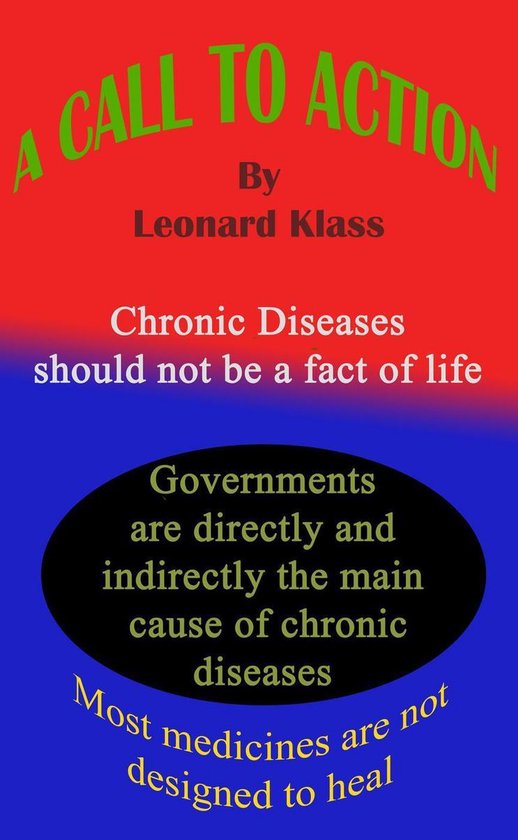