Anne Frank, the untold story The hidden truth about Elli Vossen, the youngest helper of the Secret Annex

A “never-before-told true story about Anne Frank” and a “carefully hidden truth” as well as Bep and her fathers “boundless loyalty in life” are important issues. Beautifully written with simplicity.

Many facets about the hiders in the Secret Annex in Amsterdam have been highlighted throughout the years, but, remarkably enough, the role of Otto Frank’s young secretary Bep Voskuijl, Elli Vossen in Anne Frank’s Diary, has received very little attention. Belgian journalist Jeroen De Bruyn and Bep’s son Joop van Wijk dove into her past and reconstructed her tragic, but fascinating life. Bep is 23 years old when, in 1942, she is let in on the secret of the eight hiders on Prinsengracht. During the next 25 months, she becomes a pillar of support for Anne Frank, with whom she builds an intense friendship. Bep buys clothes and food for the hiders and supplies Anne with paper to write her diary. Things aren’t easy for Bep: her father, the maker of the famous revolving bookcase, becomes gravely ill in 1943, and her sister collaborates with the Germans. Bep leads a double life, keeping this secret from her boyfriend and family. When the Germans raid the hiding place on August 4, 1944, and arrest the hiders, Bep escapes in horror. Later, she rescues a large part of Anne’s writings. The news of the deaths of seven out of the eight hiders – only Otto Frank returns from the concentration camps – leaves deep scars. ANNE FRANK, THE UNTOLD STORY casts a new light on Anne Frank’s short life, by means of previously unknown witnesses and documents. That makes this book a valuable addition to her world-famous Diary. Moreover, it’s a tribute to those brave Dutch people who risked their lives to save Jews. Finally, the book adds a remarkable name to the list of people who could have betrayed the hiders of the Secret Annex. 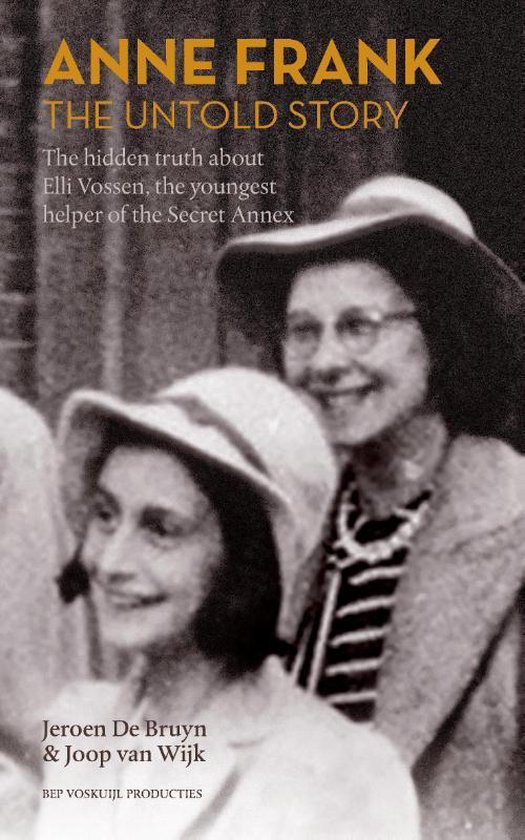