Henry the Sixth and his queen were plunged into grief and consternation at the extraordinary death of Suffolk in 1450. They saw that a powerful party was engaged in thus defeating their attempt to rescue Suffolk from his enemies by a slight term of exile; and they strongly suspected that the Duke of York, though absent in his government of Ireland, was at the bottom of it. It was more than conjectured that he entertained serious designs of profiting by the unpopularity of the Government to assert his claims to the crown. This ought to have made the king and queen especially circumspect, but, so far from this being the case, Henry announced his resolve to punish the people of Kent for the murder of Suffolk, which had been perpetrated on their coast. The queen was furious in her vows of vengeance. These unwise demonstrations incurred the anger of the people, and especially irritated the inhabitants of Kent. To add to the popular discontent, Somerset, who had lost by his imbecility the French territories, was made minister in the place of Suffolk, and invested with all the favour of the court. The people in several counties threatened to rise and reform the Government; and the opportunity was seized by a bold adventurer of the name of John Cade, an Irishman, to attempt a revolution. He selected Kent as the quarter more pre-eminently in a state of excitement against the prevailing misrule, and declaring that he belonged to the royal line of Mortimer, and was cousin to the Duke of York, he gave himself out to be the son of Sir John Mortimer, who, on a charge of high treason, had been executed in the beginning of this reign, without trial or evidence. The lenity which Henry V. had always shown to the Mortimers—their title being superior to his own, their position near the throne was of course an element of danger—had not been imitated by Bedford and Gloucester, the infant king's uncles, and their neglect of the forms of a regular trial had only strengthened the opinions of the people as to the Mortimer rights. No sooner, therefore, did Jack Cade assume this popular name, than the people, burning with the anger of the hour against the unlucky dynasty, flocked, to the number of 20,000, to his standard, and advanced to Blackheath. Emissaries were sent into London to stir up the people there, and induce them to open their gates and join the movement. As the Government, taken by surprise, was destitute of the necessary troops on the spot to repel so formidable a body of insurgents, it put on the same air of moderation which Richard II. had done in Tyler's rebellion, and many messages passed between the king and the pretended Mortimer, or, as he also called himself, John Amend-all. In reply to the king's inquiry as to the cause of this assembly, Cade sent in "The Complaints of the Commons of Kent, and the Causes of the Assembly on Blackheath." These documents were ably and artfully drawn. They professed the most affectionate attachment to the king, and demanded the redress of what were universally known to be real and enormous grievances. The wrongs were those under which the kingdom had long been smarting—the loss of the territories in France, and the loss of the national honour with them, through the treason and mal-administration of the ministers; the usurpation of the Crown lands by the greedy courtiers, and the consequent shifting of the royal expenditure to the shoulders of the people, with the scandals, offences, and robberies of purveyance. The "Complaints" asserted that the people of Kent had been especially victimised and ill-used by the sheriffs and tax-gatherers, and that the free elections of their knights of the shire had been prevented. They declared, moreover, that corrupt men were employed at court, and the princes of the blood and honest men kept out of power. 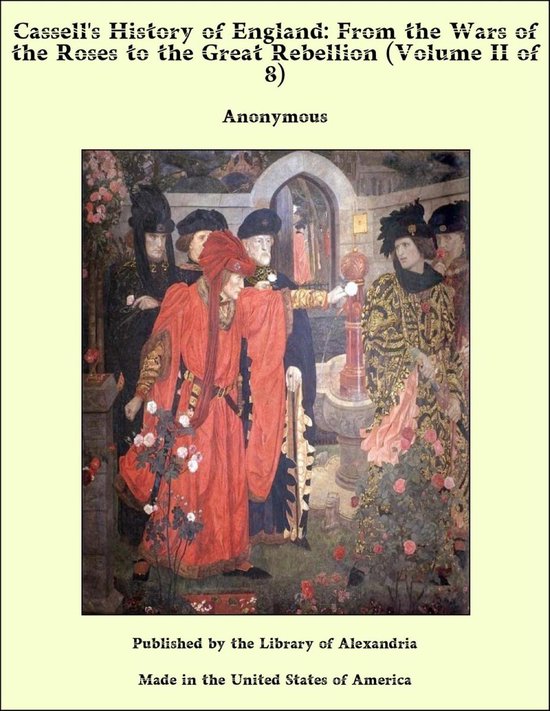