During the summer of 2016 author and journalist Tom Graves was exasperated after ruining his third batch of fried catfish that season. Recently divorced and having to cook for himself he thought he'd like to get cooking lessons from an elderly African American lady who would teach him her kitchen secrets. His favorite food by far was soul food which he found similar to the Southern country cuisine he'd been raised on. He did not want a chef to give him lessons; he wanted a kitchen cook, someone whose recipes he could duplicate with relative ease. A reverend friend of his in Memphis introduced Graves to 80-year-old Larthy Washington who had been her church cook for over 40 years. She agreed to teach Graves and for one year they met bi-weekly at her church for lessons and tastings. Soon after they began, Graves thought the recipes and stories Ms. Larthy told him would make an excellent cookbook. And so the cookbook Cooking with Ms. Larthy was born, filled with 100 recipes from Ms. Larthy plus an array of special guests renowned for their soul food cooking. The book is not only filled with soul food recipes, many of which contain wonderful descriptions and asides, but stories that put soul food and its history in its proper context. Graves is a natural-born storyteller and foodies and cooks everywhere will enjoy the writing as well as 100 sumptuous soul food recipes that work well for beginning cooks as well as kitchen and cookbook veterans. 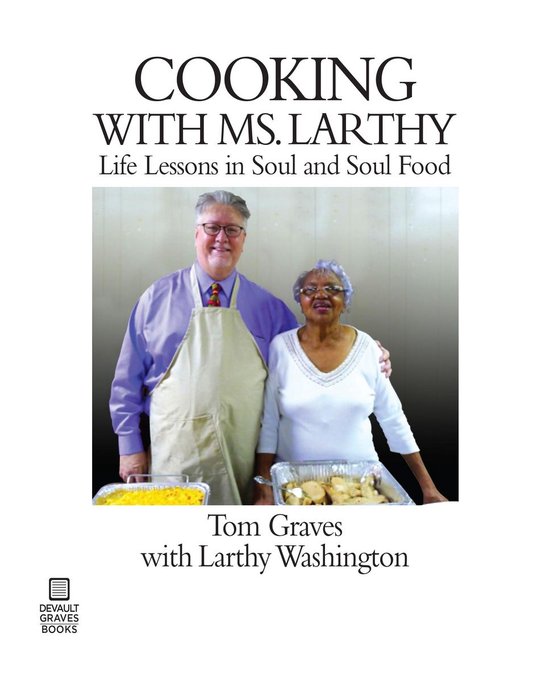