"John Dewey (/ˈduːi/; October 20, 1859 – June 1, 1952) was an American philosopher, psychologist, Georgist, and educational reformer whose ideas have been influential in education and social reform. Dewey is one of the primary figures associated with the philosophy of pragmatism and is considered one of the fathers of functional psychology. A Review of General Psychology survey, published in 2002, ranked Dewey as the 93rd most cited psychologist of the 20th century. A well-known public intellectual, he was also a major voice of progressive education and liberalism. Although Dewey is known best for his publications about education, he also wrote about many other topics, including epistemology, metaphysics, aesthetics, art, logic, social theory, and ethics. He was a major educational reformer for the 20th century.

The book has an active table of contents for readers to easy access of each chapter.


John Dewey was one of the most influential American philosophers, psychologists, and educators whose ideas have impacted education and social reform around the world. He is one of the founders with the philosophy of pragmatism and of functional psychology. He is in the row with the greatest thinkers including Bertrand Russell, Ludwig Wittgenstein, Karl Popper, Charles Peirce, John Mill, and William James.


Dewey considered schools and civil society as the two fundamental elements that had to be constructively evolved by encouraging experimental intelligence and plurality. Dewey's belief is that complete democracy is to be sustainable not just by giving and extending voting rights but also by ensuring that a fully formed public opinion is accomplished by communication among citizens, experts, and politicians with the full accountability and responsibility for the policies they adopt.


DEMOCRACY AND EDUCATION is a highly influential publication by John Dewey. He further elaborated his earlier view of education in the book MY PEDAGOGIC CREED that "I believe that all education proceeds by the participation of the individual in the social consciousness of the race. This process begins unconsciously almost at birth, and is continually shaping the individual's powers, saturating his consciousness, forming his habits, training his ideas, and arousing his feelings and emotions. Through this unconscious education the individual gradually comes to share in the intellectual and moral resources which humanity has succeeded in getting together. He becomes an inheritor of the funded capital of civilization. The most formal and technical education in the world cannot safely depart from this general process. It can only organize it; or differentiate it in some particular direction."


The University of Chicago Laboratory Schools that John Dewey founded was to deliver his pedagogical beliefs "to prepare him for the future life means to give him command of himself; it means so to train him that he will have the full and ready use of all his capacities". His educational thought of "Learning by Doing" also formed the foundation of the opening of Indian Springs School, Alabama in 1952, one of the best boarding schools in the United States. The school has adapted John Dewey's pedagogical beliefs in its longstanding motto, Learning through Living.


John Dewey's influence has been felt in nearly every field of the humanities, sciences, and American corporate culture such learning by doing. The reasoning by John Dewey still remains as relevant today as it was then. This book is one of the most important ones about the deepest thoughts of education and psychology by John Dewey, one of the greatest thinkers of education, psychology, and logic on the planet. 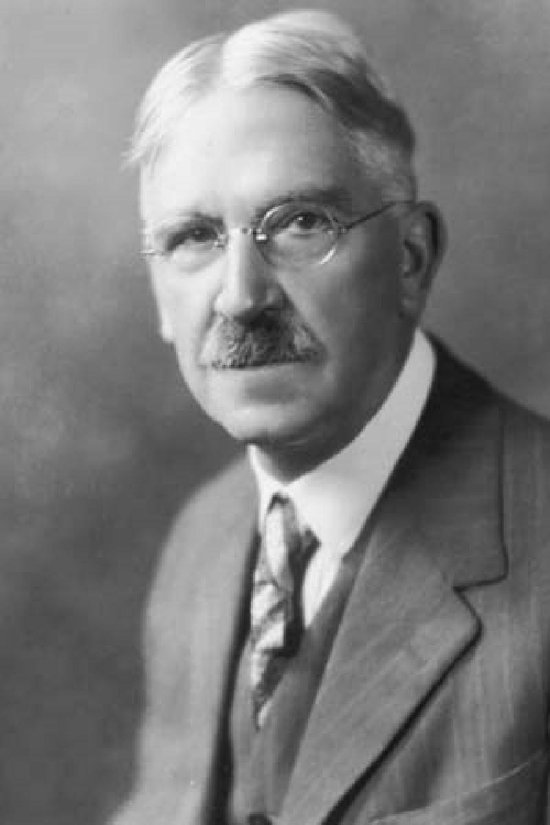