A drug deal gone wrong. The murder of an old friend. A stolen ride turned kidnapping. Three women follow the same path on a map plotted by murder. Who will survive?


A romantic thriller readers call ''dark and gritty'' and ''a haunting story''. ''This is not two heroines on the run, finding love, defeating evil and living happily ever after.''


Lee Barsten is stuck. Raised in foster care and group homes, she's seen more than her fair share of abuse, and dealt out almost as much in retribution. When her best friend makes an enemy of a sadistic drug dealer, she has no choice but to run before he kills again.


In the same city, Ruby Isles might as well be living in another world. Money is abundant, but the abuse is just as plentiful. Her plan to leave her husband is dashed when she crosses paths with Lee and is forced to choose her fate in a single bloody moment.


Detective Harry Thresher picks up the scent when an exotic dancer is violently murdered, and fingerprints link the wife of a prominent businessman to the crime scene. Against orders, she follows the case down a dark and twisted path littered with bodies.


Their lives collide as drugs, murder, and lust drive them to unexpected extremes.


A WORLD OF DEVIANT BEHAVIORS #1


Orphaned, abused, and addicted, Malena ''Lee'' Barsten has had a hard life. From her earliest memories until just before her appearance in the novel Maladaptation, this is her progression from bad to worse in five short stories.


A WORLD OF DEVIANT BEHAVIORS #2


Detective Harry Thresher is the protector of the downtrodden and the champion of the abused. She will put her life on the line for yours without the blink of an eye. But there's more to her than meets the eye, and in these six stories, you'll find out what makes her tick - and twitch.


The kids aren't all right in the local youth shelter. They're dropping like flies, and the one person who cares is forbidden from following their bloody trail…


Readers called it ''a stunning thriller'' and ''a complicated, dramatic story''.


Harry Thresher has been stripped of her badge and her livelihood pending a formal investigation into the shooting death of a former suspect. She's furious – and bored as hell.


On the lookout for something to distract her from her misery, she goes to the local youth shelter to take her mind off her misery and stumbles onto something ominous.


When a missing boy comes back with a bloody surprise, Harry knows she must risk losing her badge forever to save the kids — and the woman — she has come to love.


''A great story with many surprises and a must for fans of this genre.''


She's got her badge back, but Detective Harry Thresher is still spiraling out of control.


Booze, women, and working outside of the bounds of the law are still her forte, even if her new partner, rookie detective Erin Garcia, doesn't like it.


They're on the case of the man the press has dubbed the Initial Killer. He's one of the smartest - or luckiest - killers Harry has ever pursued, and every lead leaves her cold. But when she gets on the trail of crime blogger Millie Hamlin, Harry knows it's the trail she has to follow, no matter who doesn't like it.


The Initial Killer has a message for all of them. Will Harry solve the case before he kills someone closer to home? 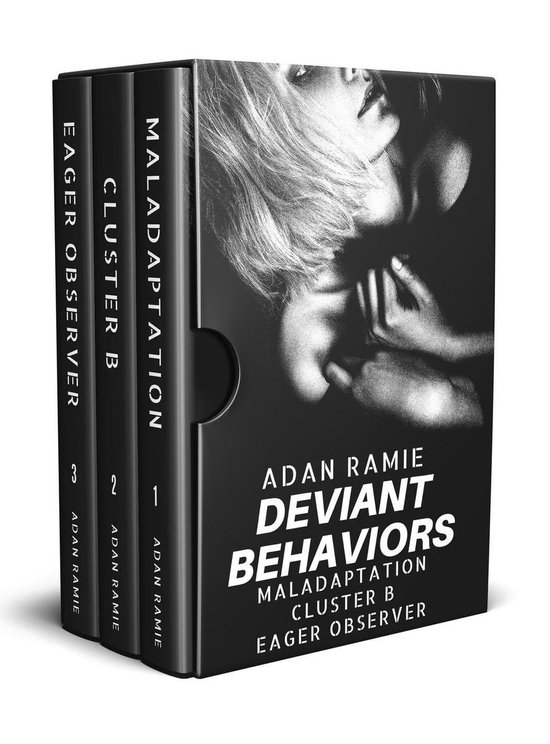