On a hot and sweaty farm day I didn't expect my best friend in the world to desert me.

But my dog Max had other ideas about what he wanted to do that day.

So he said, clearly, "No." Then walked away, tail high.

Calling after him, I finished loading the truck with the tools and supplies we needed.

I found Max was waiting for me, on the porch steps in the shade. He was grinning as he panted. Looking as if he had more to say to explain himself.

I sure hoped so.

Desertion was one thing. Talking out loud to me was something else...

It was a typical hot, sultry day. I was going about getting ready to do something I didn't want to do, but "had" to be done. I turned around to tell Max, my black and white, crossed-mix mutt, to get in our old scratched, dented, and faded red pickup truck. We had a job to do, and he liked to come with. I did the work, he supervised. That was the deal.

Before I could get the words out, Max stood on his hind legs and clearly said, "No." Then trotted off on all four. Three black, one white paw.

I didn't have time to chase after him, as the truck was out in the gravel drive, just in front of the old faded-red wood dairy barn. It had to be loaded. The job had to get done. And nothing was going to get done if it never got started.

Of course I called after him a time or two, but he kept walking away around the back of the wood barn, turning a corner where an elm sprout had started a couple of years back. Out of sight, out of reach.

So I turned back to my job of loading the rolls of barbed wire we'd gotten used from an auction, along with a rusted paint can filled with black nails as well as gray galvanized fencing twist clips, both aged in their storage. Some fencing pliers now also red-black from real use, having lost their shine and padded handles years back. Another red plastic coffee container with a black plastic snap lid and molded-in hand grip to supply the staples we might need.

That should do it, I thought. And waited, looking over my set to see if I'd forgotten anything. Oh, yeah. I went inside and grabbed a roll of salvaged wire off an old tensile electric fence. It, too, used to be silver, but the weather had taken that away.

A lot of stuff on this farm had been changed from the weather. Seldom for the better.

After I was done, I paused to look it all over and see if I could think of anything else I'd need. Then remembered the steel post driver. It was new last year, and the shine hadn't come off its gray paint yet. I also put a few 6-foot green t-bar steel posts in there, also with their rust spots and not perfectly straight anymore. That would keep me the afternoon.

When I got close, he cocked his head and lifted one speckled ear, as if to say "Well?" But not with any words I could hear.

I responded by first sitting next to him and scratching behind that ear.

"Since when did you learn to talk?" I asked him.

Max just sat there in the quasi-shade with me and kept looking out.

"I heard you distinctly say 'No.'"

"You don't want to go out and keep me company fixing fence?"

"Not one of the things I was looking forward to, today."

"But you know it's gotta be done."

"Yup." With that, Max started panting, a sort of wry smile his. Teasing me, I guessed... 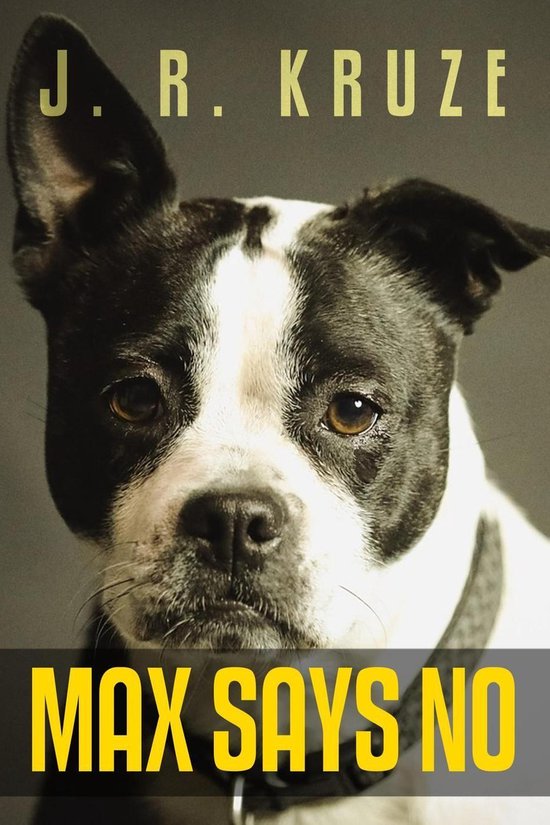