THE story of the French occupation in America is not that of a people slowly moulding itself into a nation. In France there was no state but the king; in Canada there could be none but the governor. Events cluster around the lives of individuals. According to the discretion of the leaders the prospects of the colony rise and fall. Stories of the machinations of priests at Quebec and at Montreal, of their heroic sufferings at the hands of the Hurons and the Iroquois, and of individual deeds of valor performed by soldiers, fill the pages of the record. The prosperity of the colony rested upon the fate of a single industry,—the trade in peltries. In pursuit of this, the hardy trader braved the danger from lurking savage, shot the boiling rapids of the river in his light bark canoe, ventured upon the broad bosom of the treacherous lake, and patiently endured sufferings from cold in winter and from the myriad forms of insect life which infest the forests in summer. To him the hazard of the adventure was as attractive as the promised reward. The sturdy agriculturist planted his seed each year in dread lest the fierce war-cry of the Iroquois should sound in his ear, and the sharp, sudden attack drive him from his work. He reaped his harvest with urgent haste, ever expectant of interruption from the same source, always doubtful as to the result until the crop was fairly housed. The brief season of the Canadian summer, the weary winter, the hazards of the crop, the feudal tenure of the soil,—all conspired to make the life of the farmer full of hardship and barren of promise. The sons of the early settlers drifted to the woods as independent hunters and traders. The parent State across the water, which undertook to say who might trade, and where and how the traffic should be carried on, looked upon this way of living as piratical. To suppress the crime, edicts were promulgated from Versailles and threats were thundered from Quebec. Still, the temptation to engage in what Parkman calls the “hardy, adventurous, lawless, fascinating fur-trade” was much greater than to enter upon the dull monotony of ploughing, sowing, and reaping. The Iroquois, alike the enemies of farmer and of trader, bestowed their malice impartially upon the two callings, so that the risk was fairly divided. It was not surprising that the life of the fur-trader “proved more attractive, absorbed the enterprise of the colony, and drained the life-sap from other branches of commerce.” It was inevitable, with the young men wandering off to the woods, and with the farmers habitually harassed during both seed-time and harvest, that the colony should at times be unable to produce even grain enough for its own use, and that there should occasionally be actual suffering from lack of food. It often happened that the services of all the strong men were required to bear arms in the field, and that there remained upon the farms only old men, women, and children to reap the harvest. Under such circumstances want was sure to follow during the winter months. Such was the condition of affairs in 1700. The grim figure of Frontenac had passed finally from the stage of Canadian politics. On his return, in 1689, he had found the name of Frenchman a mockery and a taunt. The Iroquois sounded their threats under the very walls of the French forts. When, in 1698, the old warrior died, he was again their “Onontio,” and they were his children. The account of what he had done during those years was the history of Canada for the time. His vigorous measures had restored the self-respect of his countrymen, and had inspired with wholesome fear the wily savages who threatened the natural path of his fur-trade. The tax upon the people, however, had been frightful. A French population of less than twelve thousand had been called upon to defend a frontier of hundreds of miles against the attacks of a jealous and warlike confederacy of Indians, who, in addition to their own sagacious views upon the policy of maintaining these wars, were inspired thereto by the great rival of France behind them. 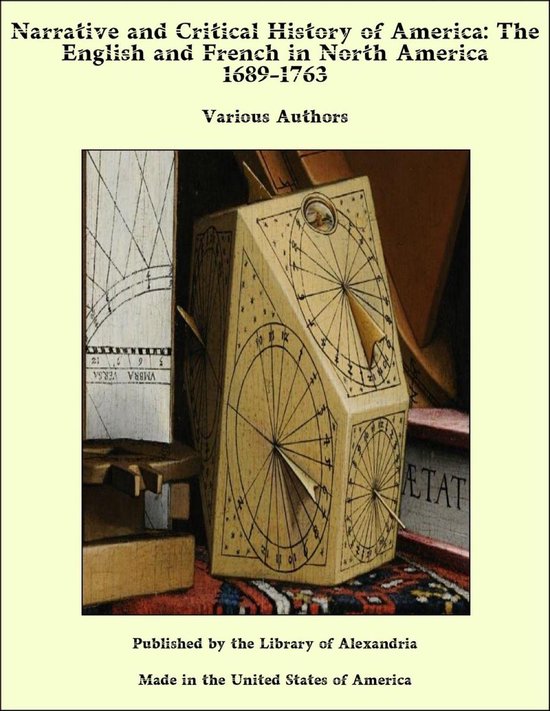