Seminar paper from the year 2006 in the subject American Studies - Literature, grade: B+, Humboldt-University of Berlin, 25 entries in the bibliography, language: English, abstract: Sherwood Anderson and Ernest Hemingway are two very influential American writers. Both have contributed a lot to the development of the short story, especially to its sub-genre, story of initiation, with various of their works. In this essay, I want to analyse some of their most famous stories in order to highlight some important initiatory aspects. Firstly, it is interesting to take a further look at the origins of the initiation term, in order to understand why it is applied to literary theorie. Then I will elaborate some important elements and common features to define the initiation story as a literary genre. In the following, to illustrate the theory, I will look at the way Sherwood Anderson built up his stories of initiation. To get a further idea of Anderson's texts and ideologies, I will shortly explain the Freudian influence on his texts and his opinion about American industrialisation. With those information in mind, one can easier understand, how he elaborates his theory of the grotesques, the characters of his work Winesburg, Ohio. In order to understand how this collection of short stories is contently held together, it is essential to have a look at George Willard, the protagonist, and his development and initiation. In the following chapter I will make plain, that the initiation theme is also a very important aspect in a lot of other short stories of Anderson, as for example in 'I want to know why', where a boy painfully has to encounter a form of sexual initiation. To be able to identify also other styles of creating initiation stories, I will focus on Hemingway's Nick Adams stories, on the first one, 'Indian camp', where young Nick is forcefully initiated to birth and death, and on the last one, 'Fathers and sons', where Nick as a father himself reflects on his past and his father. Finally, I will make a short comparison between both authors in order to be able to draw a conclusion in the end. 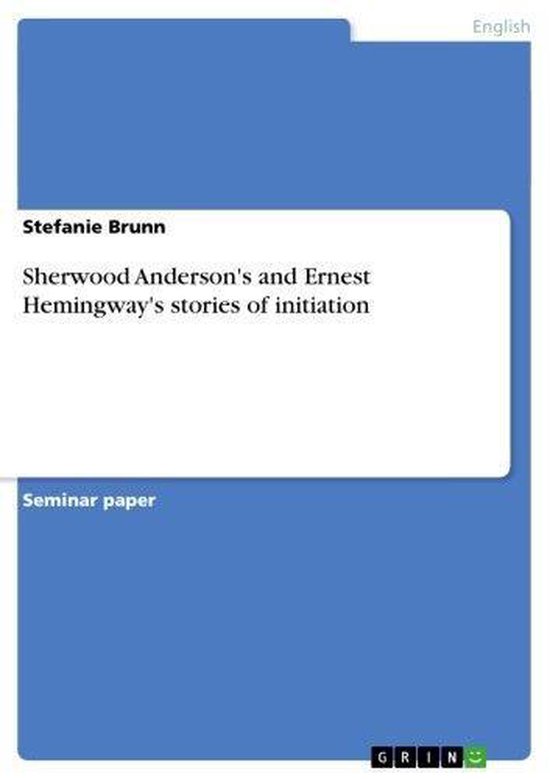