In the depth of every being lies the inherent heart-impulse to be completely and utterly free. In this book, you will be introduced to the life and teaching of Adi Da Samraj, who not only speaks to this impulse, but who is that freedom, communicating itself to you in every possible way, through his person, his teaching, and his art. To find him is to find the very heart of Reality tangibly known by you, at heart, as the deepest truth of existence. This is the great mystery that you are invited to discover. When Adi Da Samraj was born, in New York in 1939, he was completely aware of his Divine condition. He existed only as this radiant state, full of Love-Bliss, and named it the ''Bright''. Around the age of two years, in a spontaneous gesture of love toward those around him, he relinquished the enjoyment of the ''Bright'' and identified with the self-contracted state of ordinary beings. This initiated an unprecedented ordeal of relentless investigation into the Nature of Reality. In this book, Carolyn Lee tells the remarkable story of Adi Da's life and work. ''Even as a baby, I remember only crawling around inquisitively with a boundless Feeling of Joy, Light, and Freedom in the middle of my head that was bathed in Energy moving unobstructed in a Circle down from above, all the way down, then up, all the way up, and around again, and always Shining from my heart. ''It was an Expanding Sphere of Joy from the heart. And I was a Radiant Form, the Source of Energy, Love-Bliss, and Light in the midst of a world that is entirely Energy, Love-Bliss, and Light. I was the Power of Reality, a direct Enjoyment and Communication of the One Reality. I was the Heart Itself, Who Lightens the mind and all things. ''I was the same as every one and every thing, except it became clear that others were apparently unaware of the 'Thing' Itself. ''Even as a little child, I recognized It and Knew It, and my life was not a matter of anything else. That Awareness, that Conscious Enjoyment, that Self-Existing and Self-Radiant Space of Infinitely and inherently Free Being, that Shine of inherent Joy Standing in the heart and Expanding from the heart, is the 'Bright'. And It is the entire Source of True Humor. It is Reality. It is not separate from anything.'' - Avatar Adi Da Samraj It is obvious, from all sorts of subtle details, that he knows what ITs all about . . . a rare being. ALAN WATTS, author, The Way of Zen and The Wisdom of Insecurity I regard Adi Da Samraj as one of the greatest teachers in the Western world today. IRINA TWEEDIE, Sufi teacher; author, Chasm of Fire Adi Da Samraj is a man who has truly walked in Spirit and given true enlightenment to many. SUN BEAR, founder, the Bear Tribe Medicine Society A great teacher with the dynamic ability to awaken in his listeners something of the Divine Reality in which he is grounded, with which he is identified, and which, in fact, he is. ISRAEL REGARDIE, author, The Golden Dawn 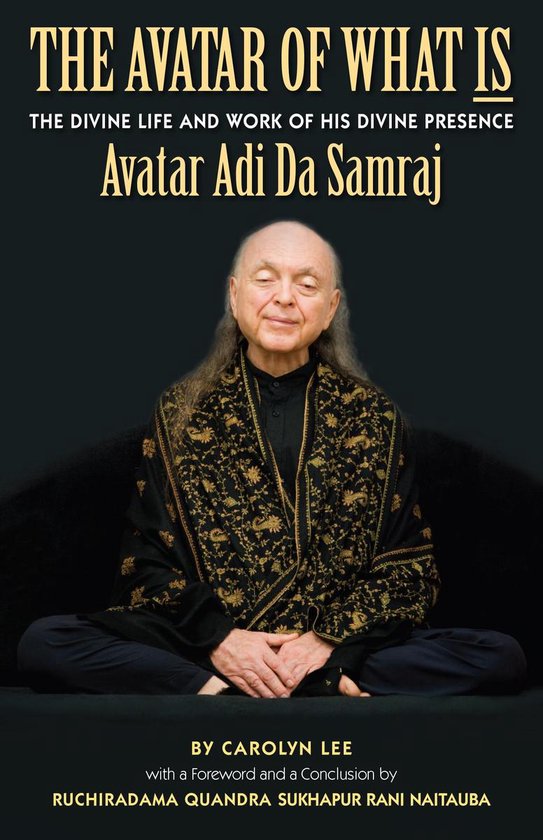