Angie Amalfi is close to one of the biggest breaks of her rocky culinary career-a chance to co-write a cookbook with a famous chef. But as she scrambles to prepare for the impending interview, her realtor sister Cat is suddenly accused of a murder in a rich client's home. A priceless relic-an iron chain that was used to bind St. Peter while in a Roman prison-is missing from her wealthy client Marcello Piccoletti's home, and a murder was committed on the heels of the disappearance. The only person who can clear Cat's name is the client himself, and he's in Rome, tending to his restaurant, Da Vinci's. Heedless to Angie's stern warning, the always unpredictable Cat insists on traveling to Rome to confront Picoletti, and Angie must drop everything to accompany her sister. The Roman restaurateur has the chain with him in Rome, and exonerates Cat of the murder as well. Unfortunately, the police in the states still suspect Cat and now Picoletti, the only witness, has disappeared. Angie takes a job as a cook at Da Vinci's, hoping to get to the bottom of this complex mess. And when bodies start piling up like balls of fresh mozzarella at an Amalfi family picnic, it looks like Angie and Cat's trip to their homeland may spell arrivederci Amalfis. 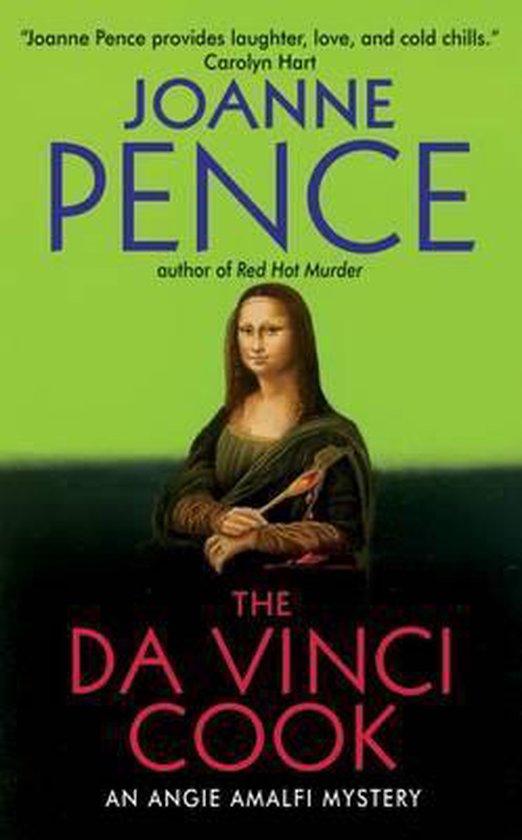