Seminar paper from the year 2006 in the subject English Language and Literature Studies - Literature, grade: A-, Humboldt-University of Berlin, 14 entries in the bibliography, language: English, abstract: To begin with, I will give a short introduction to Irie and her racially mixed background. This introduction will lead to a chapter about her feeling of unrootedness as a consequence of lacking role models and her unawareness of her own family's history. To get more involved in Irie's life and problems, in the following chapters, two major characters from her social environment will be shortly analyzed: Samad Iqbal, her father's best friend and a first generation immigrant and Millat, his son, Irie's first love and one of her best friends. Both of them also struggle with their racial identity. Samad is afraid of losing too much of his traditions, and Millat has to deal with a lot of different racial influences. In the end, both characters will not be helpful for Irie to find her place because they have not even come up with a solution for themselves. So she has to undergo a personal development. Firstly, she decides to integrate more with English society. England is the country where she grew up, and indeed, she herself is half-English. She develops a kind of obsession with Englishness encouraged by the Chalfens, who she sees as her idols. She also becomes obsessed with Western beauty notions. Finally, she comes to realise that she cannot change her Jamaican body to an English body and that her longing for purity can only end in failure. When she decides to have a closer look at her Jamaican identity, she begins to inform herself about Jamaican culture. In the end, she realises that she cannot deny part of herself, but she has to accept both of her origins and her life in an emerging multicultural society. She still keeps her personal vision that one day maybe roots and cultural origins would no longer matter and racial difference might not be an issue. 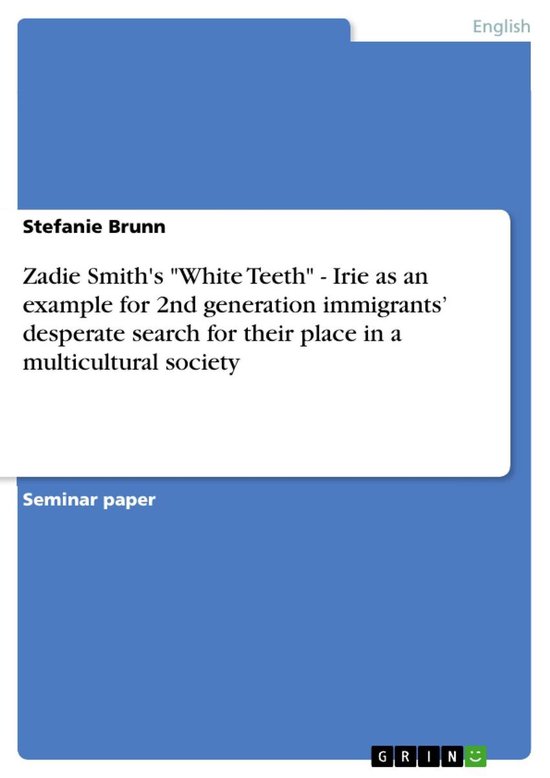