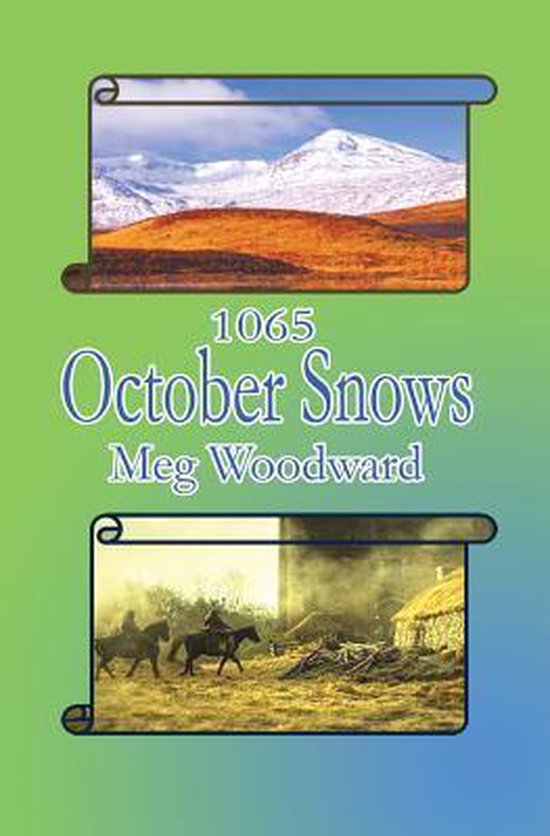 In 1065 a freak snowstorm comes early, blocking the passes through which a group of Flemings, led by the Count of Aucun, have ridden from the east into a valley in central Scotland. The count intends to offer the return of the clan chief's two sons, captured while fighting, for a ransom. Since the clan uses barter and has no coinage, a face-saving solution is for the count to accept their clever younger sister, thirteen year old Ailie, as his bride; but she is also being courted by an Islesman, Kenneth, who is intent on gaining control of the lucrative trade route which passes through the valley. When he also arrives from the west, flanked by two equally ambitious brothers, and possibly with a small army hidden nearby, danger threatens them all. Ailie and the other children in the village play a complicated game to protect the Flemings from the Islanders' rage until the snows melt enough to allow them to escape.The period is one of turmoil not only in Scotland but also in England, which will become relevant the following year in a sequel to this book, 1066 BATTLE'S EVE. Both countries are uneasy combinations of smaller kingdoms which have not yet learned to trust each other entirely. Scotland still remembers the peace which was brought by the great King Macbeth, killed seven years earlier by the current king, Malcolm. That Macbeth's reign brought prosperity is a sure sign that he had God's blessing. England's dying king, Edward the Confessor, seems to have promised his throne to two different people, spelling inevitable trouble. And far in the west of Scotland another power, a Celtic-Viking alliance, is looking for a kingdom of its own.The greatest clash, however, is between the Celtic and Norman ways of life. The Celts, including Ailie and her valley people, live in clans, or groups of kin families, giving mutual support and respect to each other as individuals and owning their land and goods in common. By contrast, the feudal system being imposed by the Normans is a pyramid of power in which the king is at the top, ruling and owning everything. He devolves duties to his barons who must support him in peace and war in return for nominal ownership of some part of the land. The barons in turn lease land (or use of it) or money to knights below them in return for military service, and below these come a huge proportion of the community with little or no power or wealth; it is they who do all the hard work on the land and produce the food which everybody needs.In this story both Ailie and the Count of Aucun are misfits in their different backgrounds. Ailie yearns to become a scholar - in a Cetic valley at the back of beyond, while D'Aucun abhors the knightly skills needed for warfare which the upper class Normans regard so highly. Each will have to adapt to their own social requirements but also learn to respect the other's if they are to marry.
Toon meer Toon minder