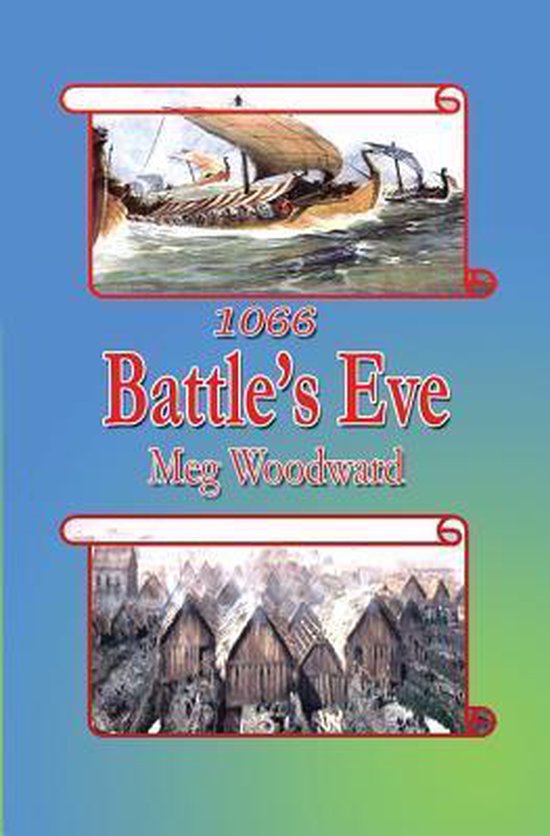 Soon after the death of her father, chieftain of a small Scottish clan, fourteen year old Ailie is married by proxy to a Flemish knight, the Count of Aucun. Now she has travelled to meet him just outside the city of York (Jorvik) to have their marriage blessed in the minster. But Jorvik is the wrong place to be in 1066, the year of four kings of England, because the next day, just south of the city, the last battle but one will be fought between the English and the Danes, just three weeks before the Battle of Hastings. The Battle of Fulford takes place on Wednesday the 20th of September in the boggy watermarshes on the river Foss and will become one of England's least known battles but possibly one of the most crucial, as this story attempts to justify. The action spans a week, from the Saturday when Ailie arrives to the following Saturday after Fulford. Unwillingly Ailie becomes a messenger for the Northumbrian faction, which is defending the city and the great northern earldom on behalf of the new king, Harold Godwinson. The city is now filling with terrified refugees hoping the king is rushing his army north from the Channel coast where he has been waiting for an attack from William of Normandy who is determined to wrest the crown of England from him. The defenders of Jorvik are led by two teenage brothers, Edwin, Earl of Mercia and Morcar, Earl of Northumbria, a title which had belonged for years to Tostig Godwinson, the new king’s younger brother until his behaviour towards his citizens drove them to rebellion. The northerners were so powerful that King Edward the Confessor did not dare deny them the right to replace Tostig. When Edward ordered Harold to install the new earl, it turned Tostig against his brother forever. Ailie should be most unsuitable as a messenger, but she has hidden advantages. Borrowing a pot-boy's clothes she is stealing ash from the village forge with which to dirty herself into an unsavoury state when the smith suggests that she should play the part of his apprentice. He has saddle bits to be delivered to Bishop Wulfstan, the same man to whom Ailie must deliver details of the terrifying numbers of gathering Norsemen, and also a curious bauble given to her by a dying priest. The Norse army will probably win any conflict preceding the king’s arrival. The Vikings are greedy and York is a very rich prize possessing great civic and private wealth, but what everybody fears is that the invading army will then be let loose on the citizens to rape, murder and enslave as well as loot. It is to prevent this that the Bishop decides to use the bauble, an Alfred jewel, as a bargaining counter. The hope is that Tostig, known to be a superstitious man, will believe its reputed magical qualities will bring him future success and will agree to accept only loot, but will keep the army outside the city walls in exchange for the amulet.At the end of the book is information on the primary and secondary sources available on which the story has been built.
Toon meer Toon minder