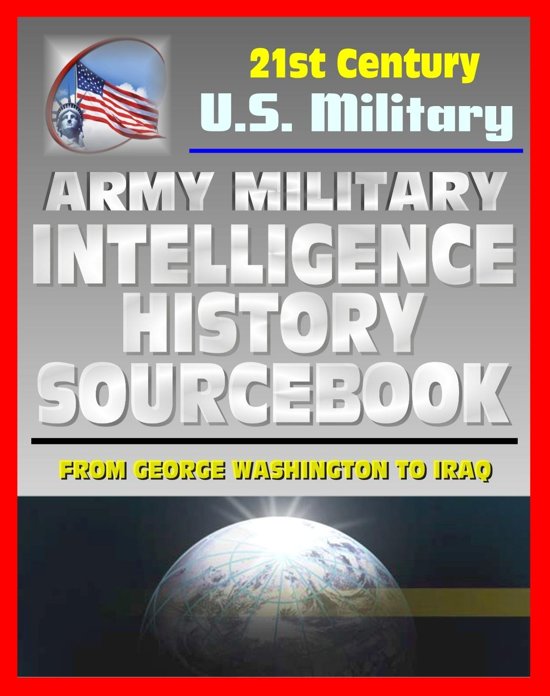 This is a comprehensive history of Army intelligence from George Washington (America's First Spymaster) through the Civil War, World War I and II, and Desert Storm, with over 700 pages of exciting narrative. The dedication reads: ''MI soldiers have been the harbingers of the Age of Information throughout the 20th century. They have recognized early, spurred on by the urgency of military contingencies, that information is the lifeblood of military operations and they sought to devise more and better ways to collect and disseminate intelligence. Since the days of the Revolutionary War when George Washington, starved for information about his enemy's intentions, ordered spies to send reports to him exclusively by express courier, intelligence-minded officers in the U.S. Army have inventively ushered in the Age of Information. Thaddeus S. C. Lowe unspooled a telegraph wire from the basket of his balloon in 1861 so that he could pass along his observations instantaneously. Benjamin Foulois, suspended in his Army Aeroplane No. 1 from the ceiling of a Chicago Exposition hall, sent the first wireless message to the ground below in 1910. In the DESERT STORM operations of 1991, TV pictures of battle damage were viewed by millions of Americans hours after the air strikes had taken place. From Valley Forge to the Basra Valley, from lanterns in church bell towers to TROJAN SPIRIT, the intelligence-minded have relied upon their resourcefulness to send out their early warnings. They are the cognoscenti of the Information Age. As we turn the corner into the 21st century, their day has come.''