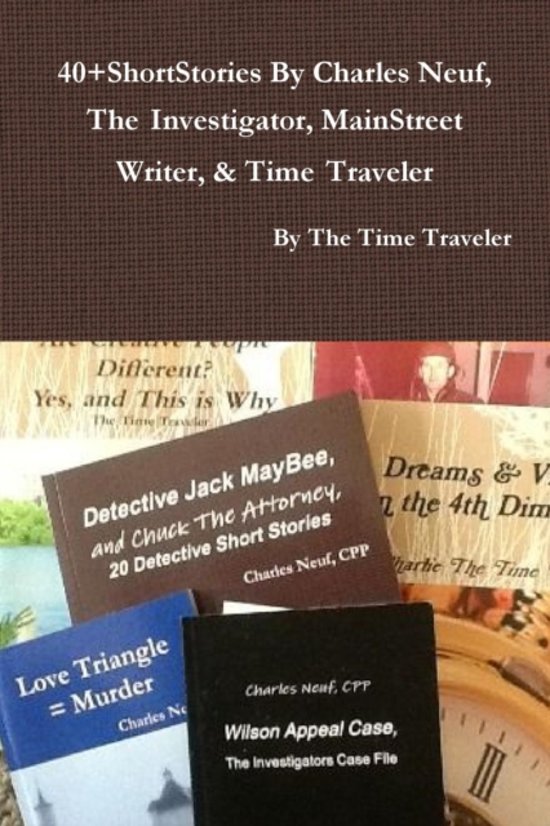 This Book is a series of short stories and will have Four Chapters. Each Chapter is a Chapter of The Writers Life, as he Traveled through Time & Space in a World of Newness. Chapter One the MainStreet Writer Series, Stories based on the writers life from childhood to adulthood. These short stories will cover a time period from the late 1930's to the mid 1970's Chapter Two will be by The Investigator Series, covering the writer's experiences from 1960 to 2000, covering his 40 years as an Investigator. This will be short Police stories, Detective stories and Private Investigator stories. Chapter Three, The Time Travel Series is going to be a series of short stories about the things The MainStreet Writer, The Investigator and The Time Traveler learned during eighty-five years of Time Travel as a Spirit in a man's body. Chapter Four will be about The Writer, Charles E Neuf, Who he is, What he has done, When he was doing it, Where he was at the time, and why he was doing the things he did.
Toon meer Toon minder