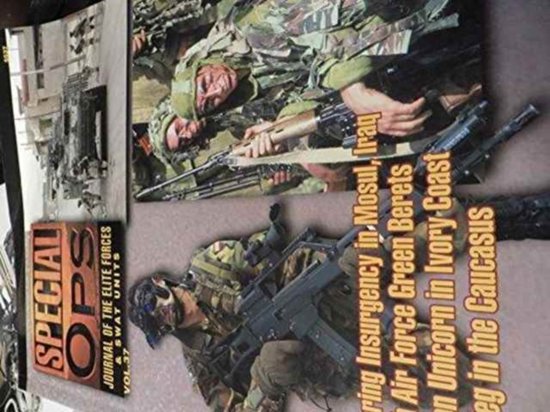 1) Mosul: Countering the Insurgency This article covers U.S. military operations in northern Iraq, particularly around the major city of Mosul, with its population of nearly 2 million. Since the invasion of 2003, the city has been a hotbed of insurgency against the U.S.-led coalition and Iraqi security forces. Photographs are sourced from official U.S. sources, and chronicle operations conducted in the region. Of particular interest is the Stryker Brigade Combat Teams that operate in this area, so many photos feature the U.S. Army!|s new 8x8 Stryker vehicle in combat. 2) EZAPAC: The Spanish Air Force Green Berets The Spanish Air Force, as well as the Spanish Army and Navy, has its specialist Green Berets. These elite troops are both commandos and parachutists, and are highly trained for a variety of missions, such as CSAR. The writer brings this specialist unit under the spotlight in this interesting article. Items covered include the uniforms, weapons, vehicles and aircraft used. 3) Operation Unicorn in 2004: A Violent Year in France!|s Conflict in Ivory Coast France commenced Operation Unicorn in the Ivory Coast in October 2002, and the mission in this unstable nation is still ongoing. This article traces more recent developments in French attempts at maintaining stability in this African nation. Featured are French troops and their weapons and equipment, along with shots of rebel forces and other peacekeeping nations. 4) Nagorno-Karabagh: Powder Keg in the Caucasus The name Nagorno-Karabagh refers to an area of the mountainous Caucasus region of the former USSR, a zone beset by conflict in recent years. The author was given unparalleled access to the armed force, including Commando Group Delta, based on the Russian-style Spetsnaz. The article features T-72 tanks and BMP-2s, artillery, anti-tank and anti-aircraft units. For those wishing a look at the armed forces of a hidden corner of the globe, then they!|ll find it here in this fascinating article.
Toon meer Toon minder