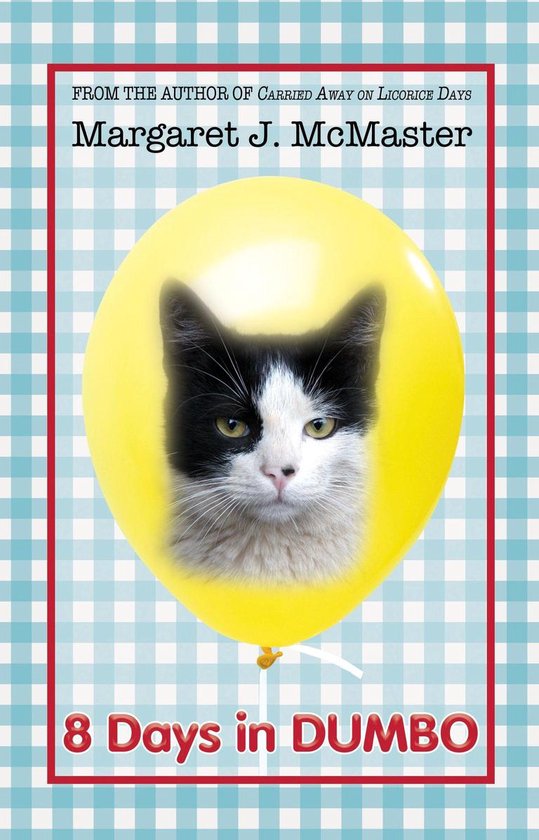 Named one of *The Year's Best* by Resource Links. Honorable Mention in the 2019/2020 Reader Views Literary Awards.


12-year-old Phoebe Sproule may be embarrassed by her mother's blog (featuring every laughable fact of her existence!) but its 2 million followers prove useful in solving the mystery of Peter Philby's disappearance from the Starbrite Diner in Brooklyn.


Margaret J. McMaster published her first book of middle-grade fiction, Carried Away on Licorice Days, in 2008. It was nominated for three literary awards: the Canadian Library Association's 2009 Book of the Year for Children Award, the 2010/2011 Hackmatack Children's Choice Book Award, and the 2011 Rocky Mountain Book Award. In 2009 she started writing the Babysitter Out of Control! series. These amusing, fast-paced adventures include: Babysitter Out of Control!, Looking for Love on Mongo Tongo, The Improbable Party on Purple Plum Lane, What Happened in July (selected for Best Books for Kids & Teens – Spring 2013), The Sinking of the Wiley Bean, and, The Queen of Second Chances. The Complete Babysitter Out of Control! Series, published in 2015, was long-listed for the 2016 Silver Birch Award, selected for Best Books for Kids & Teens – Fall 2015, and the Gold Medal Winner in the 2015 Moonbeam Children's Book Award, Early Reader/1st Chapter Books category. McMaster is a past contributor to the Canadian Children's Annual and her creative non-fiction piece, After All These Years, was shortlisted for the 2006 CBC Literary Award. So Much Potential, a novel set in the Lake Erie fishing industry, was published in 2013. It was a Starred * Selection in Best Books for Kids & Teens – Spring 2014. McMaster's most recent book, 8 Days in DUMBO, was named one of *The Year's Best* by Resource Links and won an Honorable Mention in the 2019/2020 Reader Views Literary Awards.

Margaret J. McMaster's latest book, 8 Days in DUMBO, is a delightful children's mystery that combines memorable characters with a compelling plotline. Several stories intersect and converge in the novel, keeping the reader engaged in the action.

The title is a deceptively simple reference to the action detailed through the book; DUMBO is an acronym for part of New York - Down Under the Manhattan Bridge Overpass - a gentrified part of the city set apart by its cobblestones and converted warehouses. During the eight days we spend discovering the area, we are introduced to our heroine, 12-year-old Phoebe Sproule, her family, friends, and neighbors. The neighborhood itself becomes a character of sorts as well; we explore DUMBO through "Febes" as she searches for little Peter Philby, who has disappeared from the local Starbrite Diner.

McMaster brings a wide variety of quirky and interesting characters to life as the plot unfolds. We meet Phoebe's hipster, blogging mom, Abby, who is reinventing herself after an online absence to raise her daughter, and her steadfast dad, Chuck. Phoebe's friends, London and Washington, and her "frenemies", Serena and the Disciples, figure prominently as the search for Peter continues.

It is through Phoebe's close connection to her Grandma Sylvie that DUMBO really comes to life, as the two explore parts of the area together for a history project for school. The author gives us a brief glimpse into the role New York played in the Revolutionary War and uses the stories of war to show how themes of loyalty, division, and intrigue pervade all times and lives.

Several memorable minor characters are peppered throughout the book, like Mr. Wong, Phyllis the waitress, Valerie, and Pirate. Their stories intertwine and enrich the central storyline, adding to the intrigue while also providing greater depth to the main characters.

8 Days in DUMBO is a highly entertaining whodunit. McMaster's style and language have broad appeal to her intended tween audience, while making it an enjoyable read for their parents as well. Beneath the surface story of a mysterious disappearance are timeless lessons of friendship, love, and loyalty. Spend 8 days in DUMBO; you won't regret it!


'8 Days in DUMBO (which stands for Down Under the Manhattan Bridge Overpass, for those who don't know. I didn't!) follows the life of 12-year old Phoebe Sproule over a period of eight very busy, dramatic days. Along with her best friend London, Phoebe finds herself solving mysteries, helping neighbors, being hired by her enemy, attending school, working on a major history project, and dealing with the fallout of learning that her mother has been "mommy-blogging" the details of her life for years without her knowledge.' Recommended. CM: Canadian Review of Materials, Nov. 22, 2019.


'A lot happens in this story - the mystery, Phoebe and her friends creating a history project, the man next door who puts signs in his window to communicate, and a girl who can't hear or speak who works at a restaurant where Phoebe and her grandma go a lot. How does all this go together? You just have to read it to find out! I think kids around the ages of 10 to 13 would like ''8 Days in DUMBO'' by Margaret J. McMaster. It's a fun story and full of action and adventure.' Reviewed by Maddie (age 12) for Reader Views Kids, Dec. 27, 2019.


'Margaret McMaster has penned an easy-read, suitable for students in upper elementary and middle school. The author keeps readers engaged in the story, and certainly wanting to solve the mystery, find the missing child, and even learn what secret Serena has. There is lots of adventure and antics happening in 8 Days in DUMBO, portraying the complexity of life found in reality.' Resource Links, Dec. 2019 Issue.