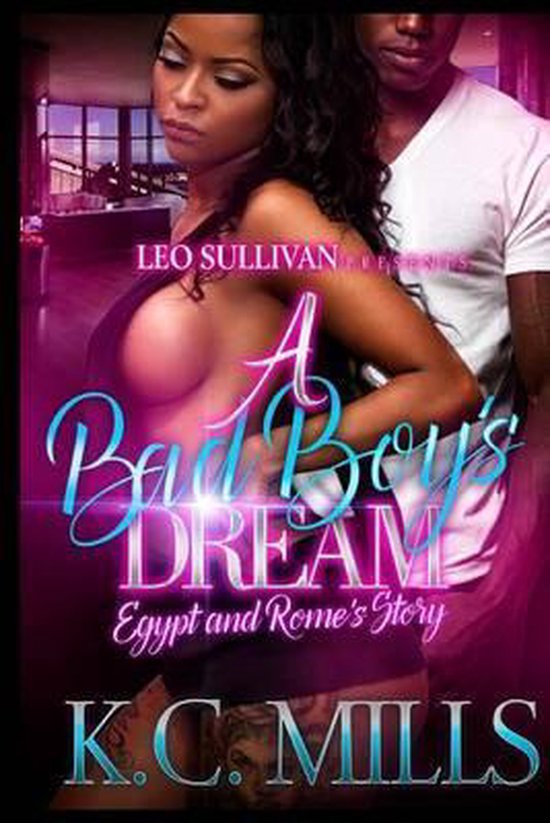 Romello Moretti was what you would call a ladies’ man. He was handsome, smart, fluent in Italian, courtesy of Mafia affiliated father, and paid. Not really attached to anyone other than his so called situation, Ebony, Rome was known for doing his own thing. He was basically the type who had it all. Women loved him, and he loved them right back, which meant that he had no plans to slow his lifestyle down anytime soon. One night at Bandz, a local strip club, changed things for him in ways he never expected. As a present from his sister, Denver, he encountered Dream, who left her mark on Rome in a way had him wanting more. Unfortunately, she had kept her identity hidden, so he had no idea who she was and no way of finding out.Egypt had learned the hard way that everything that glitters ain't gold, as was the case with her last relationship. Reggie loved the money she made him more than he loved her, which led Egypt to flee New York and start a new life in California. Needing a way to support herself, Egypt created Dream, every man’s fantasy and every girl’s enemy. Not wanting the drama that came from just being a stripper anymore, she convinced Carl, the owner of Bandz, to let her offer men The Dream experience. She found a way to keep her identify hidden while still offering her clients the experience of a lifetime. It was a win, win. All of that seemed to work until she met Rome Moretti. Egypt quickly realized that she was missing something in her life, and he was it.Denver and Lucky hadn't planned on falling for each other, but it happened, and the two had been sneaking around for almost a year, knowing that Rome wouldn't approve of their relationship. Lucky was his best friend and Denver was his sister. He loved them both, which was why he didn't want them together. For Denver and Lucky, what had started as just sex ended up turning into something twisted and complicated.Denver was in denial because she was protecting her heart, which she sure that Lucky was going to break, while Lucky pressured her to accept things for what they really were and give it a chance. Lucky had a few secrets that could potentially complicate things for them, but he was determined to be with Denver. The only problem was that they needed to tell Rome. Being that they all were in business together, matters of the heart had the potential to complicate things, but it was too little too late.Join Rome, Egypt, Lucky, and Denver as they navigate their way through love, lies, and lust to find out who will survive and who will fall victim to their hearts’ desires.
Toon meer Toon minder