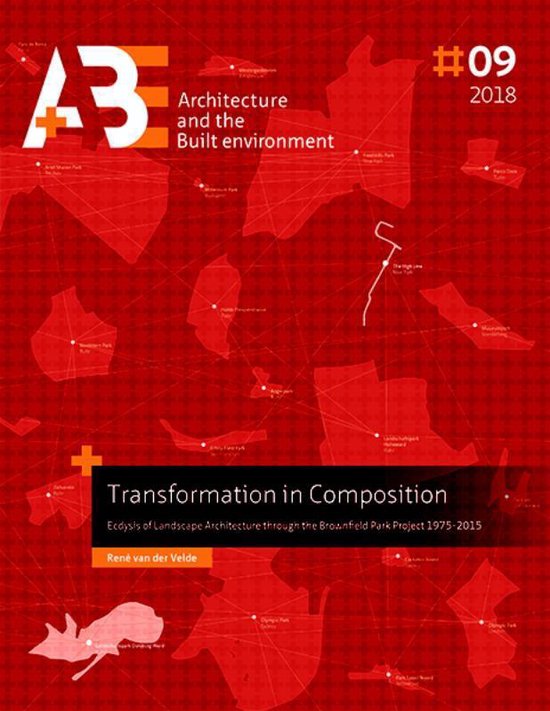 This study enlarges on the notion of composition in landscape architecture, building on the ‘Delft Method’, which elaborates composition as a methodological framework for landscape design. At the same time it takes a critical stance in respect to this method in response to recent developments in landscape architecture such as the site-specicity and process discourses. The notion of composition is examined from a historical, theoretical and lexical perspective, before turning to an examination of the brownfield park project realised in the period 1975-2015. These projects emerge as an important laboratory for developments in landscape architecture, whereby contextual, process, and formal-aesthetic aspects form central and inter-related themes. The thesis of this research is that a major theoretical and methodological expansion of the notion of composition can be distilled from the brownfield park project, in which seemingly irreconcilable paradigms such as site, process and form are incorporated. By extension, the study propositions a ‘radical maturation’ of the foundations of the discipline in the period 1975 – 2015 via the brownfield park project. A metaphor for this process is offered by the phenomenon of ecdysis in invertebrate animals, whereby the growth from juvenile to adult takes place in stages involving the moulting of an exoskeleton. Once shed, a larger exoskeleton is formed, whose shape and character is signicantly different to its forebears. In the slipstream of these findings, the research sheds new light on the shifts in the city itself in this period, and the agency of the urban park in the problematique of urban territories. Finally, in examining the impact of de-industrialization on the contemporary urban realm, it proposes a major revision of abiding definitions of ‘city’ and ‘nature’, as well as the paradigms of modernity that backdrop them.
Toon meer Toon minder

Over de serie A+Be Architecture And The Built Environment