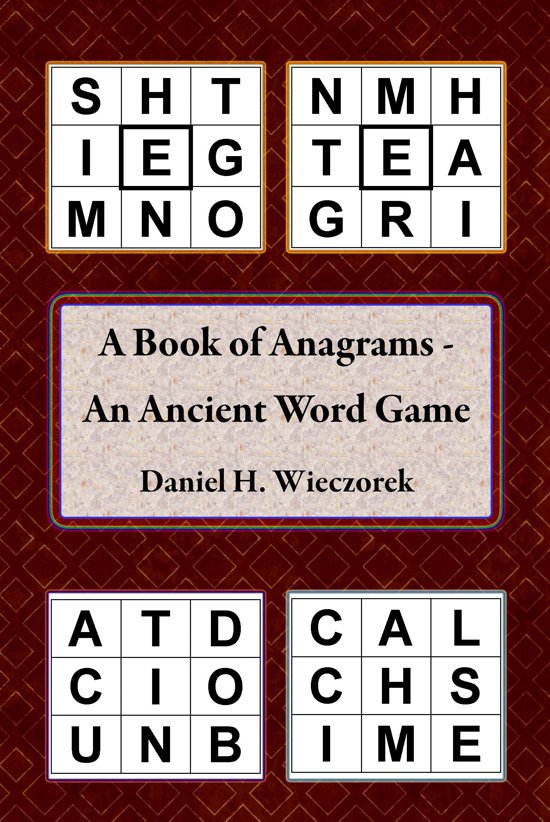 What is an anagram? An anagram is a rearrangement of the letters of one word or phrase to form another word or phrase. In this work you will find fifty 9-letter words which have been disassembled and the letters placed in a grid. It's your job to find as many words as you can in the scrambled 9 letters and in so doing, also find the original 9-letter word.
NOTE WELL: This eBook Edition is NOT interactive. You need to carry around paper and pencil!

A web search for the history of anagrams will give you many more results than you want to read. Let it suffice to say that they have been around for a LONG TIME! It seems that they've been around since at least the 3rd century BC and the Greek poet Lycophron. It also seems that anagrams were believed to have mystical or prophetic meaning in some eras of history. In the Middle Ages, anagrammatists often entertained, by creating witty anagrams of people's names.

For the anagrams which are listed in this work, the Anagrams tool of the CD-ROM version of the 3rd Edition of the American Heritage Dictionary was used. Several results for each word were then deleted - for example, abbreviations such as ROM, RAM, UNESCO, DOS, CPU, ECT, EEG and so on. Capitalized words which were repeats of lowercase words were usually deleted - for example, Red, Trine, Host, Sir and so on. It was felt that a single entry (lowercase) was enough. Please forgive me if you find more words - the edition of the American Heritage Dictionary which was used was created in 1993, it is an older version and may not have the newest words. You may occasionally find an abbreviation which I failed to delete, they were not intentionally left here, but were discovered by reviewers.

Also, please forgive the use of different size fonts on the various results pages. It was desired to fit the results for each word on a single page and therefore a font size was used which permitted this.

The base word (the real word) from which each anagram was created is underlined on each results page. In some cases, when it is felt the reader may not know the word, the definition of the base word has been included on the results page.