A Brown Man in Russia Lessons Learned on the Trans-Siberian 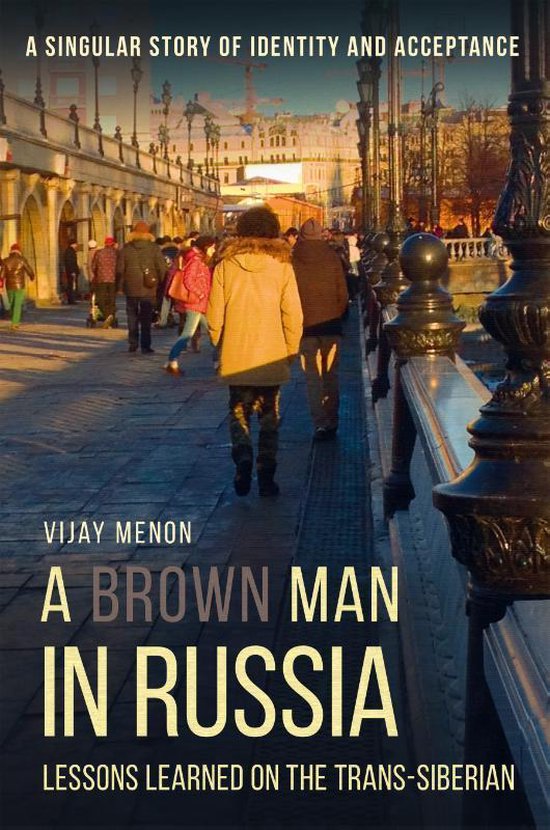 A Brown Man in Russia describes the fantastical travels of a young, colored American traveler as he backpacks across Russia in the middle of winter via the Trans-Siberian. The book is a hybrid between the curmudgeonly travelogues of Paul Theroux and the philosophical works of Robert Pirsig. Styled in the vein of Hofstadter, the author lays out a series of absurd, but true stories followed by a deeper rumination on what they mean and why they matter. Each chapter presents a vivid anecdote from the perspective of the fumbling traveler and concludes with a deeper lesson to be gleaned. For those who recognize the discordant nature of our world in a time ripe for demagoguery and for those who want to make it better, the book is an all too welcome antidote. It explores the current global climate of despair over differences and outputs a very different message - one of hope and shared understanding. At times surreal, at times inappropriate, at times hilarious, and at times deeply human, A Brown Man in Russia is a reminder to those who feel marginalized, hopeless, or endlessly divided that harmony is achievable even in the most unlikely of places.

Vijay Menon is an American author, statistician, and backpacker. His TED talk, Lessons Learned on the Trans-Siberian, garnered acclaim as he described his unique experiences traveling through Russia as a person of color. This culminated in his debut novel, A Brown Man in Russia, in which he provides a lens into a Siberian winter from the perspective of a total outsider and relates subsequent lessons. In addition to Russia, Vijay has traveled to more than 50 countries in six continents over the past five years ranging from Zimbabwe to Taiwan. He graduated with dual degrees in Statistics and Economics from Duke University. Vijay has been published in the Economist, is a Duke Debate champion, and had his winning submission on global sustainability forwarded to President Barack Obama's desk by the United Nations following their national essay contest. Prior to entering the tech industry, he worked on the Battery 500 project at IBM, performed mass spectrometry research to discover cancer biomarkers at UC Davis, helped implement micro-consignment for entrepreneurs in Guatemala, and served as a low latency data analyst for teams in the National Basketball Association. Vijay currently resides in Silicon Valley working at Scribd, the Netflix for books, as the senior product manager lead having previously completed stints at both Microsoft and Dropbox.
Toon meer Toon minder