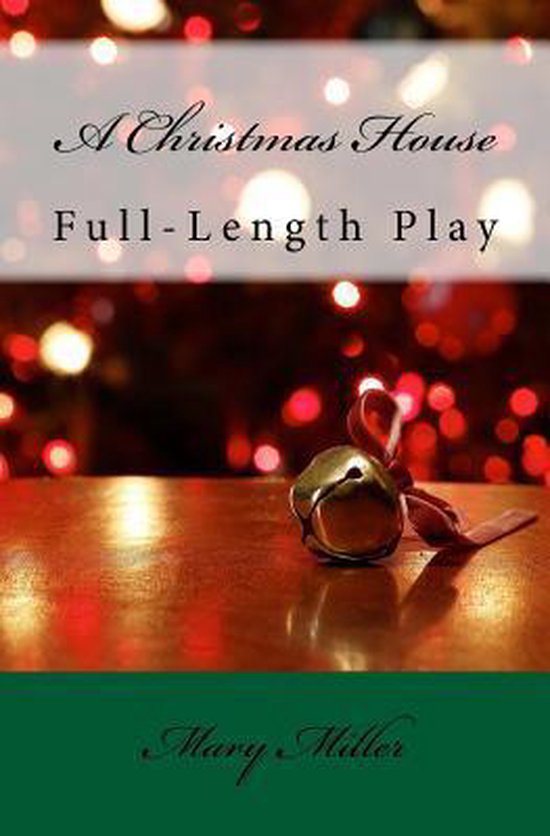 A CHRISTMAS HOUSE is the perfect Christmas play for anyone who has ever: built a house, worried about getting old, been single, been married, experienced sibling rivalry, delivered a baby, or spent the holidays with their relatives!Based on a true story, A Christmas House is a funny often poignant love story of one man’s family and the house he built off the coast of Georgia. It will strike a chord with anyone who has ever undertaken the job of bringing their family together for Christmas and will touch everyone who has waited until the prime of their life to embrace their dreams. AWARDS & NOTICES''Dreams fulfilled!'' Waterloo Playhouse Mainstage Production, Waterloo, IA. ''Funny and poignant!'' Island Players, St. Simons Island, GA. ''Perfect Christmas Story'' St. Philips Cathedral, Atlanta, GA. Finalist South Carolina's Playwrights' Conference, Beaufort, SC. Director's Lab, New York, NYABOUT THE PLAYAbigail Addison was born on Christmas Day and although it had never bothered her before, this year she was turning sixty and even though she didn't look old, every now and then she felt old. So, when Fred, her husband of thirty-five years, invites the family down to spend Christmas together in the house he's been building on an island off the coast of Georgia, she decides to surprise him by selling their old home in Atlanta and embrace a life together at the beach. It's Abigail, however, who is surprised when she gets to the beach and discovers the house is somewhat lacking ... lacking paint, lacking plaster, lacking walls. But, as each member of the family arrives, they see a different house. As they struggle to bring the walls of the house up, their individual walls begin to come down, until at last, on Christmas morning a house with no walls becomes a home.CAST OF CHARACTERS:ABIGAIL: 60 years old. Practical, assertive, charming, and gracious Abigail is the epitome of a true Southern lady. She has been married to Fred for 35 years and is the mother to their three grown daughters: Margaret, Babs and Lizbeth. For the past 20 years Abigail has worked as a real estate agent and is now considering retiring. She is dressed in an elegant suit and high heels. (Note: She should be a wonderful physical comedic actress.)FRED: 68 years old. A gentle dreamer with enthusiastic energy and endless patience, Fred is an architect who has the ability to build what he designs. He is a Navy veteran and wears an old seaman’s cap to prove it, along with well-worn khaki pants and a sweaty “used to be white” tee shirt. Fred is a Southern gentleman. A man of few words but when he speaks people listen!MARGARET: The oldest daughter. Margaret is single and all business, practical, pragmatic and sensible. Even though it’s Christmas she’s brought her briefcase to squeeze in a little work. Margaret is dressed in khaki shorts that have been pressed and a white linen shirt with a sweater tied around her neck. The only thing oddly out of place about Margaret is a hat she is wearing that covers her recently straightened hair.BABS: The middle child. Babs is the polar opposite of Margaret, she is eccentric, creative, impulsive, and spontaneous with bright red curly hair that’s the envy of everyone. Babs is married and still considers herself a newlywed although she’s been married to Doug for over a year. Babs is dressed in tight spandex pants with a brightly colored shirt that shows off her hair.LIZBETH: The baby sister. Lizbeth is eternally optimistic, religious, and cheery. She is often the bridge between Margaret and Babs. A peacemaker in her own right, she is married with three children of her own and eight months pregnant with her fourth! Lizbeth is dressed in maternity jeans and an oversized plaid shirt that probably belongs to her husband Howard.TIME:Christmas Eve. 1989
Toon meer Toon minder