A Class Divided Appeasement and the Road to Munich, 1938 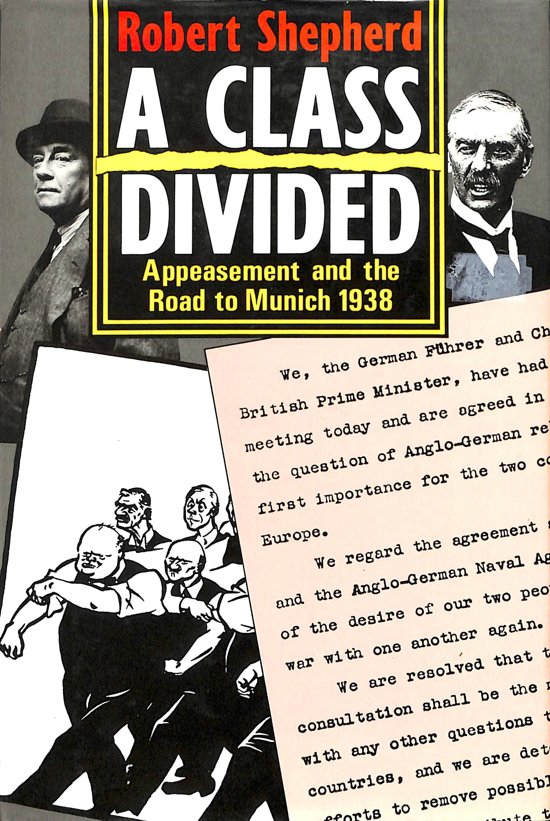 On 30 September 1938 Neville Chamberlain landed at Heston Airport, on the outskirts of London, to announce the Munich Agreement with Hitler. The scene of Chamberlain waving the Agreement and his claims that it would secure 'peace for our time' are now familiar. What is often forgotten is that Chamberlain was accorded a hero's welcome.
The celebration of the Munich settlement reflected the nation's euphoria at Chamberlain's apparent triumph in pulling the world back from the brink of war. Before he departed for his talks with Hitler, war had seemed unavoidable. The Government had issued gas masks, and trenches were dug in London's parks.
Yet not everyone felt euphoric. Many regarded the Agreement as the latest and the worst in a series of national humiliations, and the conflict between the appeasers and anti-appeasers created divisions which went deeper than any other issue this century.
A Class Divided is a fascinating account of the personal and political struggles of the appeasement years following the extraordinary drama leading up to May 1940, as a governing class was tom apart. Every shade of political opinion was affected — parties were split, the press was divided, and civil servants, diplomats, trade unionists, captains of industry, students and dons became fierce opponents.
Drawing on interviews with many of the participants, and on diaries, memoirs, press reports, speeches and Cabinet papers of the time, Robert Shepherd takes the reader into the House of Commons, Downing Street, Whitehall, Buckingham Palace, the BBC, Fleet Street, Transport House, the TUC, embassies, Pall Mall dubs, and country house parties. He tells how, in what Harold Nicolson described as 'one of the most disastrous episodes in our history’, friendships were shattered, ancient feuds revived, and families driven apart.
Toon meer Toon minder

Subtitel
Appeasement and the Road to Munich, 1938