A Commentary on the Epistle of James, Chapter Three 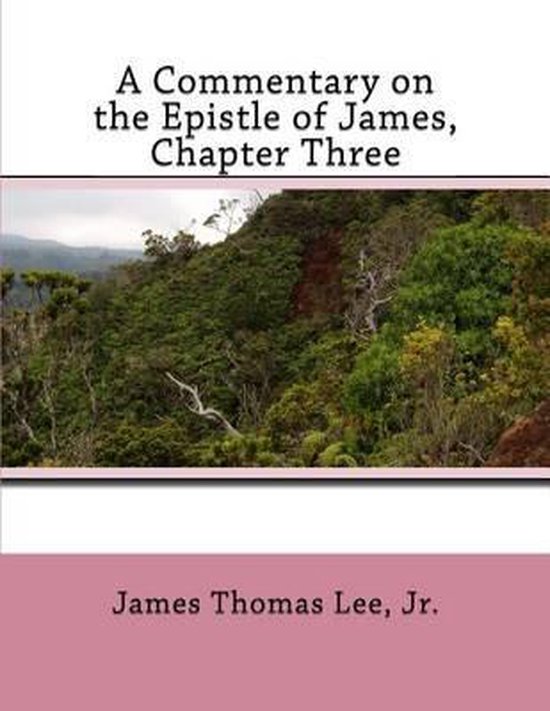 In the first part of the third chapter of the epistle of James, the author warned spiritual leaders within the church about being God-called and about being God-prepared for their respective ministries. That warning applies to anyone that is in a position to lead others to Christ and to also show them how to live according to biblical principles and standards. Thus, the clear teaching is that one does not actually choose his or her own ministry. Instead the Holy Spirit places saved men and women into those positions where He would have them work for Him. Once they are within those areas of ministry, though, James next warned about the hazards of the tongue. Even though it is a very small member of the human body, it still has the power to proclaim false doctrine and to hurt people in many other ways. False doctrine can cause the hearer of a message to not be the person that the Lord wants him or her to be. Harsh words can destroy relationships and hurt the church. So for those reasons, James had compared the tongue to a fire that has been set aflame from hades. Therefore, at least part of the problem with people that use their tongue in ungodly ways is that they simply do not know the Lord as their personal Savior. So it is important to realize that everything begins and ends with Christ.In the second part of the third chapter, James wrote about the wisdom that comes from the Lord. He began by asking who among them was wise and had knowledge. His implied answer was that wisdom and knowledge rest with the godly simply because they are indwelled by the Holy Spirit. Such people will show their wisdom and their knowledge by living for the Lord. As a result, their life will not be filled with the envying and strife that is so prevalent among the ungodly. Instead, it will be an example of peace with God, of gentleness, of being easy going, and of being without hypocrisy. So obviously, James was saying that coming to the Lord by faith and that living for Him will solve a whole host of problems that begin in the evil heart of human beings and that come out through their mouth. That means that the Holy Spirit-controlled heart will tend to think pure thoughts and will lead the tongue to speak those pure thoughts. The Holy Spirit-controlled heart will study the Scriptures and will learn from Him good doctrine. So once gain it is important to realize that everything begins and ends with Christ. Some early scholars had thought that the writings of Paul and James were contradictory. However, they were not and they are not. Paul had focused on the process of salvation while James had written mostly about the results of salvation.In writing this book, the first hope is that the Lord will be honored and glorified by those things that have been written. The second hope is that the reader will not put the cart before the horse concerning the writings of James. Chapter three in his epistle is not about teaching good doctrine or about speaking uplifting words. It is about coming to the Lord by faith and about entering into a personal relationship with Him. Then, after one has done that, the indwelling Holy Spirit will teach the individual good doctrine and will put good thoughts and words into his or her heart that can then come out of the mouth. Thus, the critical truth is that salvation always comes before good works.
Toon meer Toon minder