A Comparison of Egyptian Symbols. with Those of the Hebrews 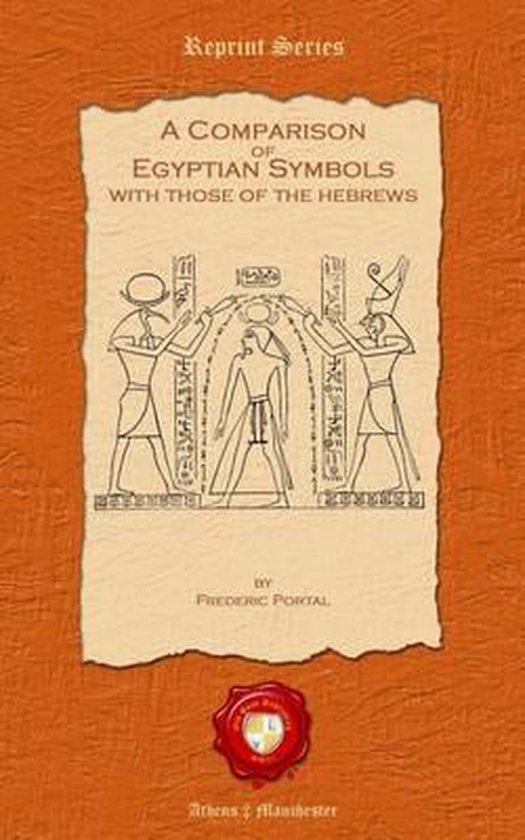 The origin of the science of symbols is lost in the distance of time, and seems to be connected with the cradle of humanity - the oldest religions were governed by it; the arts of design, architecture, statuary, and painting were born under its influence, and primitive writing was one of its applications. Did symbols exist in spoken, before being translated into written, language? Were primitive words the source of symbols? These are the questions on which these researches are based. The first men, in order to express abstract ideas, borrowed images from surrounding nature; by a surprising intuition, they attached to each race and species of animals, to plants, and the elements, ideas of beauty or ugliness, of good or evil, of affection or hatred, of purity or uncleanness, of truth or error. Those fathers of the human race did not compare, but they named their ideas from corresponding objects in the material world; thus, if they wished to say, the king of an obedient people, they did not compare him to a bee governing a submissive hive, but they called him bee; if they desired to say filial piety, they did not compare it to the stork feeding its family, but they called it stork; to express power, they called it bull; the power of man, the arm; strength of soul, lion; the soul aspiring to heaven, the hawk that sails in the clouds and looks steadfastly at the sun. Primitive writing, the image of primitive speech, was entirely composed of symbolic characters, as demonstrated by the examples of China and Mexico, and the symbols we have just cited in Egyptian writing. If the principle, we have thus assumed, is true, the speech of the first people must have left profound traces of its ambiguities in the most ancient known languages; doubtless, in the lapse of time, figurative expressions passed from tropes to abstractions. The descendants of the patriarchs, in pronouncing the word bee, and attaching the idea of a king to it, no longer thought of the insect living in a monarchical state, hence arose a change in pronunciation, at first scarcely perceptible, but which, degenerating from tongue to tongue, finally destroyed every trace of symbolism; a dead poetry disinherited the living poetry of preceding ages; comparisons were instituted, and rhetoric took the place of symbols.
Toon meer Toon minder