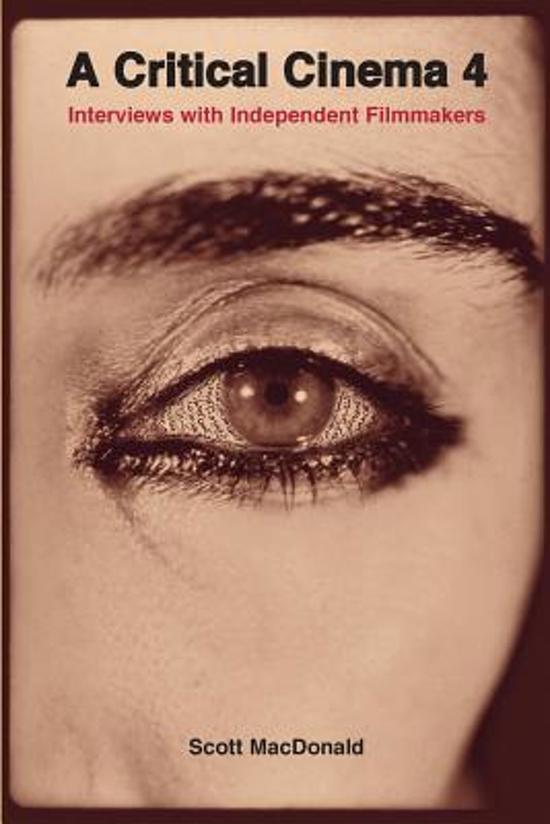 A Critical Cinema 4 is the fourth volume in Scott MacDonald's Critical Cinema series, the most extensive, in-depth exploration of independent cinema available in English. In this new set of interviews, MacDonald once again engages filmmakers in detailed discussions of their films and of the personal experiences and political and theoretical currents that have shaped their work. The interviews are arranged to express the remarkable diversity of modern independent cinema and the network of interconnections within the community of filmmakers. A Critical Cinema 4 includes the most extensive interview with the late Stan Brakhage yet published; a conversation with P. Adams Sitney about his arrival on the New York independent film scene; a detailed discussion with Peter Kubelka about the experience of making Our African Journey; a conversation with Jill Godmilow and Harun Farocki on modern political documentary; Jim McBride's first extended published conversation in thirty years; a discussion with Abigail Child about her evolution from television documentarian to master editor; and the first extended interview with Chuck Workman. This volume also contains discussions with Chantal Akerman about her place trilogy; Lawrence Brose on his examination of Oscar Wilde's career; Hungarian Peter Forgacs about his transformation of European home movies into video operas; Iranian-born Shirin Neshat on working between two cultures; and Ellen Spiro about exploring America with her video camera and her dog. Each interview is supplemented by an introductory overview of the filmmaker's contributions. A detailed filmography and a selected bibliography complete the volume.
Toon meer Toon minder

An invaluable addition to the first three volumes of A Critical Cinema. This volume continues an exciting journey through the landscape of the different forms of the noncommercial cinema that is rich in information, insights and enthusiasm. - Jonas Mekas