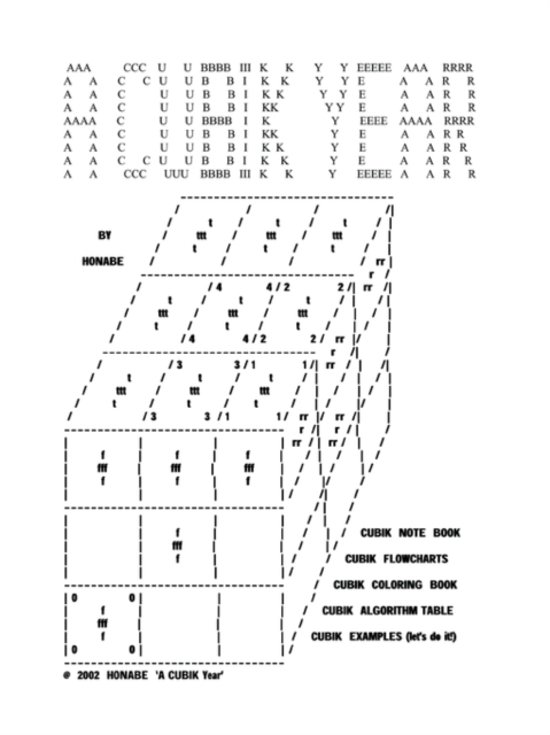 A definite interest existed back in 1982 to publish since the manuscript revealed a word processing graphics solution to the RUBIK's CUBE even though many books depicting a solution were already on the market. But with our two daughters starting college it was just too cost prohibitive. The 1982 A CUBIK Year story is intact but the CUBIK solution (with flowchart) has been improved upon over the past twenty years. An attempt has been made to show the improvement areas in italics. Three preface sections vie to span the twenty-year gap. The pattern section now includes cyclical representations of the seven CUBIK algorithms plus three detailed illustrations, examples, or exercises displaying the CUBIK solution. The latter becomes so enjoyable that more examples were added (up to ten) which led to the idea of tabulating which of the nineteen flowchart paths were used in unscrambling a CUBE. A proficiency soon surfaced leading to an addendum for ten additional examples. Now all these additional patterns make up almost one half of the book. These 2002 pattern additions now show all six faces of the CUBES.;A twist to this story is that the numerous pattern examples/exercises figures have been authenticated by a KIBUC solution, that is to do a CUBIK solution in reverse thereby starting from a solid CUBE and ending with the scrambled CUBE.
Toon meer Toon minder