A Daoist Practice Journal Come Laugh With Me 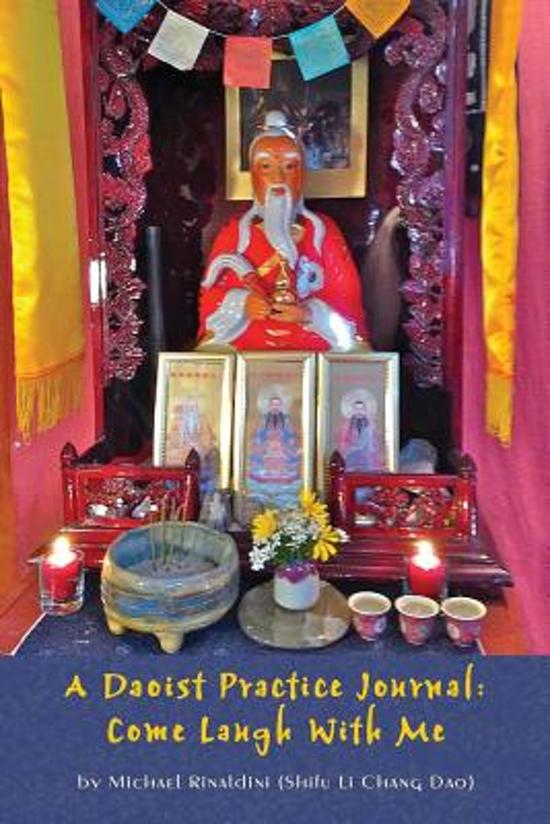 Qigong Teacher and Daoist Priest Michael Rinaldini has written a book on the modern day practices of a Daoist. His book, A Daoist Practice Journal: Come Laugh With Me offers the cultivation methods for walking the Daoist path. The entries cover topics like zuowang meditation, scriptures, qigong, the value of silence and solitude, and Daoist, Buddhist and Catholic mysticism, tea drinking and more. Here are some samples of his entries, which provide a glimpse into the heart of his writings.2012 January 14Sky Farm HermitageSolitary RetreatIn silence and solitude I begin another retreat on Saturday afternoon, January 14, 2012. The rest of Saturday afternoon was spent un-packing and settling into a 6-day retreat. 6:15pm What does a Daoist eat while on retreat? Tonight, I made a soup with soba noodles and assorted vegetables. I forgot to bring ginger root.9:40pmI vow to practice ... in silence and solitude, until I realize Complete Perfection.January 158:30pmOne of my goals for this retreat is to write about the common practices between the Daoist and the Christian paths. I am specifically interested in the Daoist zuowang meditation method of sitting in forgetfulness or oblivion, and the Christian fourteenth-century mystical text, The Cloud of Unknowing. Both of these ways of meditation or contemplation feature an emphasis on placing the mind's activities into a state of forgetting or the cloud of forgetting. The Cloud, was written by an anonymous author, and it is speculated that the author was a Carthusian monk, and if not, possibly a Catholic priest living a hermetic lifestyle. And so what are the similarities, the common practices between zuowang meditation, and the contemplative practices as presented in The Cloud of Unknowing?January 162pmSitting in silence outside on the porch,The only sounds-birds singing,An occasional movement of the wind,And very faint voices from neighbors down the valley.Odd at how sound travels.And right now, there was the sound of a car, actually,What I heard was the sound of the road,A gritty gravel sound.My mind filled in the blanks,And I instantly labeled it, "a car driving nearby,"Though it could have been a truck.And now my sneezes and coughing,And blowing my nose, all disrupt the silenceA large crow just landed in my valley,Returning me to silence.January 17Sitting on the porch, all bundled up.Drinking Scottish Christmas tea and a banana, and one cookie.A large part of being in silence and solitude is simply listening.Even the wind down the valley.You can hear it as it makes it way up the hills,And now, I feel it against my body,It flaps the page of this journal book.And before you know it-It's gone, and the silence returns.Except for the birds, sound of distant dogs, chickens,And that same sound that cars/trucks make on the gravel road.12:30pmThe Cloud's author says:Forget what you know. Forget everything God made and everybody who exists and everything that's going on in the world, until your thoughts and emotions aren't focused on or reaching toward anything, not in a general way and not in any particular way. Let them be. For the moment, don't care about anything (11).And finally, why even bother to think? From the zuowang tradition:I forget the vastness even of Heaven and Earth,Never mind the minuteness of the hair in autumn.Resting in serenity and silence,I listen to Pure Harmony.Still, I am free, away from it all!Movement stilled, language silenced-Why ever think? (212).January 184:30 pmInspired from yesterday's research, and last full day of retreat.Forget everything,Put nothing, between myself,And the Great Emptiness of Ultimate Stillness.That's the nameless Dao!End of Retreat
Toon meer Toon minder