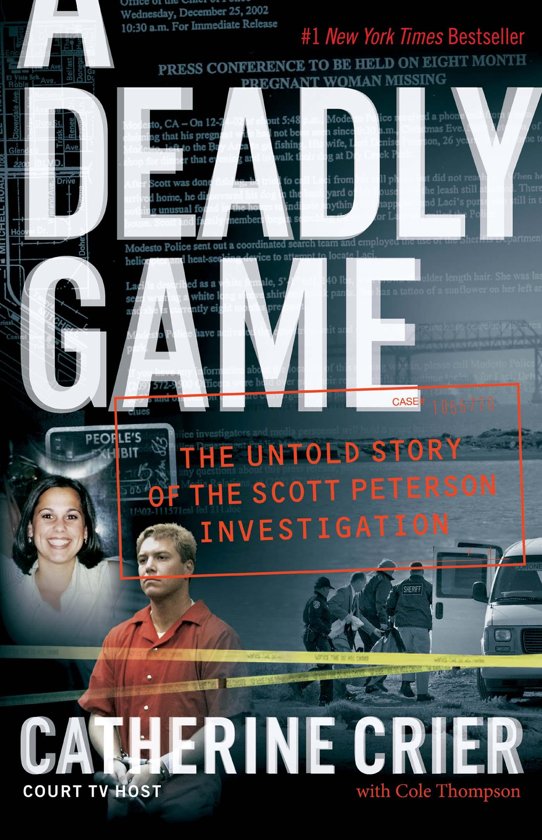 In this #1 New York Times bestseller, Catherine Crier, a former judge and one of television's most popular legal analysts, offers a riveting and authoritative account of one of the most memorable crime dramas of our time: the murder of Laci Peterson at the hands of her husband, Scott, on Christmas Eve 2002. Drawing on extensive interviews with key witnesses and lead investigators, as well as secret evidence files that never made it to trial, Crier traces Scott's bizarre behavior; shares dozens of transcripts of Scott's chilling and incriminating phone conversations; offers accounts of Scott's womanizing from two former mistresses before Amber Frey; and includes scores of never-before-seen police photos, documents, and other evidence.


The result is thoroughly engrossing yet highly disturbing -- an unforgettable portrait of a charming, yet deeply sociopathic, killer.

Originele Titel
A Deadly Game: The Untold Story of the Scott Peterson Investigation