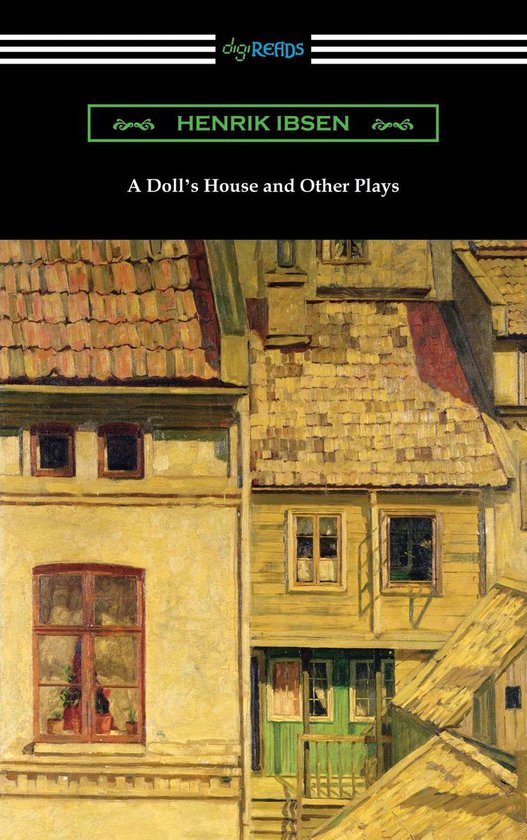 Henrik Ibsen was born at Skien in Norway in 1828. He was one of the earliest writers to dramatise the individual's alienation from society. Although never fully appreciated during his lifetime, he has since come to be recognised as one of the greatest dramatists and the 'Father of Modern Drama'.
Alles van Henrik Ibsen

Collected together here is a selection of six plays by Norway's most famous playwright, arguably one the greatest playwrights of all-time, Henrik Ibsen. In the first play of the volume, "Pillars of Society", Ibsen relates the story of Karsten Bernick, whose ambitious plan to connect his small coastal town by railway is jeopardized when his past comes back to haunt him. In the second play, "A Doll's House", we have the story of Nora Helmer, who has secretly borrowed a large sum of money to help her husband recover from a serious illness, by forging her father's signature, and the turmoil that it causes in her life and marriage. The third play, "Ghosts", is an intense psychological drama concerning Helen Alving, a wealthy widow, and her son Oswald, who suffers the tragic consequences of his late father's infidelity. In the fourth play, "An Enemy of the People", Ibsen explores the animosity that can befall someone whose actions, while in the best interest of the public good, threaten the economic well being of a community. Fifthly there is "Hedda Gabler", the story of a self-centered and manipulative woman who has grown bored of her new marriage to the kind and reliable George. Lastly in "The Master Builder" Ibsen tells the tale of Halvard Solness, a successful small town architect who is encouraged to confront his acrophobia, with tragic consequences. This edition includes a biographical afterword.