A Guide to Chess Endings 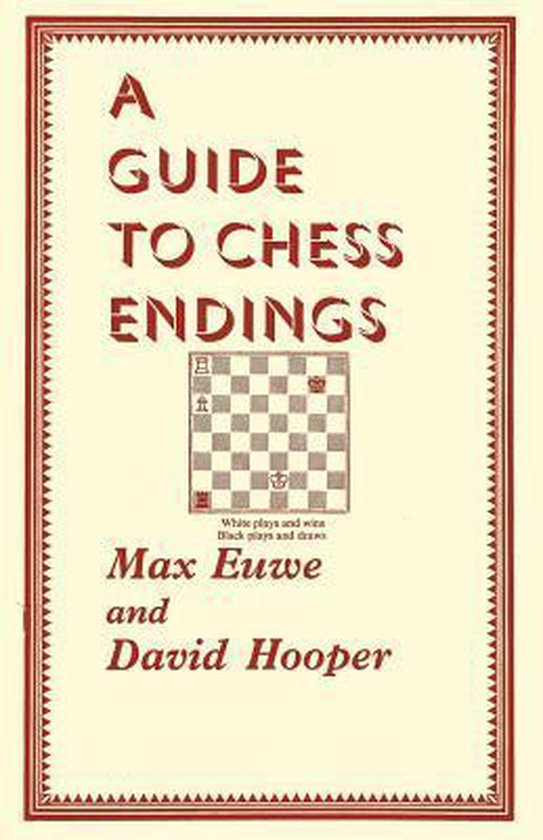 Today many more tournament games are being played and club and match games brought more frequently to a finish so that the ending is not left to the adjudicator but is becoming of increasing importance to the ordinary player. For the expert it has long been an outstanding characteristic of his play and it is not an accidental that the greatest masters of chess ave also been the greatest masters of the end game. In the end-game, unlike the opening, proficiency does not depend on the memory but on methodical study and it is not difficult to acquire a skill that will add to points and half-points to the score table. Endgames are predominantly positional in character although combinative and tactical maneuvering often enlivens the play. The best endings have their own appeal, one of accurate timing and precision. But the compelling reason for study is surely the practical one: after a long struggle how heart breaking it is not to reap one's full reward because of poor end-play. In more than sixty examples from play in this book decisive mistakes were made, often by the greatest masters. In many ways the ending is a different kind of game: the importance of the pawn center diminishes; the king becomes more active; there is the possibility of stalemate; and the pawns, no longer a skeleton clothed by pieces, become powerful in them selves. When the number of pawns is reduced then values chance, so that a piece may be worth no more than a pawn. Rather than a sketchy outline of the whole field, this book makes a fairly thorough study of those endings most likely to occur in play, especially those with rooks. This book is best worked through as a course of study, so that the underlying ideas are absorbed and a sound positional judgment is acquired it is at first not necessary to understand every nuance, far less to try to remember the more difficult variations; indeed one might pass over the sub-variations at first reading. Some of the example, noticeable in the later chapters, are harder than others. Although considered a suitable textbook for the less skilled player, the more complicated studies, and some recent theoretical discoveries such as the analysis of R +BP +RP v. R and Q + KtP v. Q are included. Endings at first difficult yield to further stud; the weaker player should never be discouraged, for in time the ideas become clearer and a logical pattern is revealed. Examples are for the most part classified according to the kind of pawn formation and a dozen or more series of comparative studies are intended to show the importance of this. Most of the usual conventions are followed.
Toon meer Toon minder