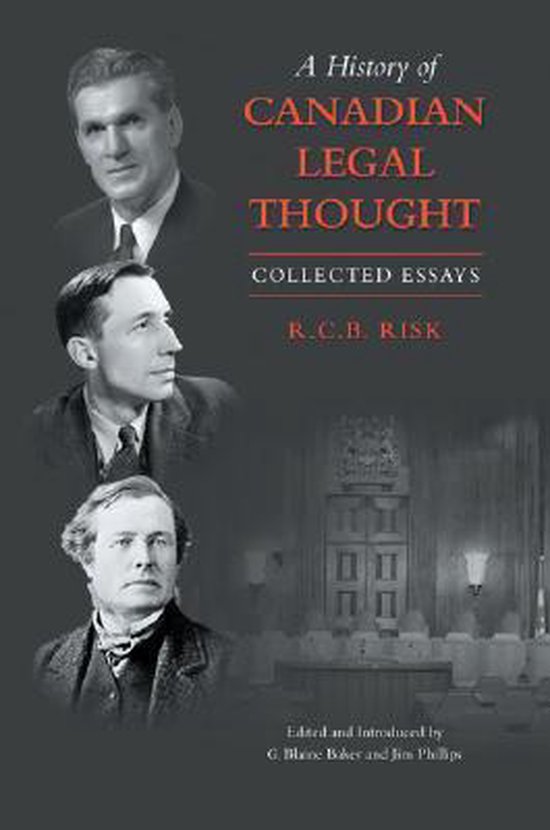 This volume in the Osgoode Society's distinguished series on the history of Canadian law is a collection of the principal essays of Professor Emeritus R.C.B. Risk, one of the pioneers of Canadian legal history and for many years regarded as its foremost authority on the history of Canadian legal thought. Frank Scott, Bora Laskin, W.P.M. Kennedy, John Willis and Edward Blake are among the better known figures whose thinking and writing about law are featured in this collection. But this compilation of the most important essays by a pioneer in Canadian legal history brings to light many other lesser known figures as well, whose writings covered a wide range of topics, from estoppel to the British North America Act to the purpose of legal education. Written over more than two decades, and covering the immediate post-Confederation period to the 1960s, these essays reveal a distinctive Canadian tradition of thinking about the nature and functions of law, one which Risk clearly takes pride in and urges us to celebrate.
Toon meer Toon minder